A study, described in a press release as alarming, finds that one-third of the world’s marine fish catches are ground up and fed to farm-raised fish, pigs, and poultry, squandering a precious food resource for humans and disregarding the serious overfishing crisis in our oceans.

Lead author Dr. Jacqueline Alder, senior author Dr. Daniel Pauly, and colleagues urge that other foods be used to feed farmed animals so that these “forage fish” can be brought to market for larger-scale human consumption. “Forage fish” include anchovies, sardines, menhaden, and other small- to medium-sized fish species which are the primary food for ocean-dwelling marine mammals, seabirds (especially puffins and gulls) and several large fishes.

Currently, the study, to be published in November in the Annual Review of Environment and Resources, claims catches of forage fish are predominantly used in animal feed, but these species are highly nutritious and well-suited for direct human consumption.

Entitled “Forage Fish: From Ecosystems to Markets,” the study is a product of the nine-year Sea Around Us Project, a partnership between the University of British Columbia in Vancouver and The Pew Charitable Trusts. The Sea Around Us Project has been primarily funded by the Pew Institute for Ocean Science, which is now the Institute for Ocean Conservation Science at Stony Brook University.

The press release goes on to say that despite this large-scale extraction, few management plans have been created to guide the sustainable removal of these fish, and little is known about the role of forage fish in the marine ecosystem and how fishing impacts them.

This fall the Institute for Ocean Conservation Science at Stony Brook University will launch the Lenfest Forage Fish Task Force, a team of preeminent scientists and policy experts from around the world that will address this escalating environmental dilemma. The Task Force will be chaired by Dr. Pikitch and funded by the Lenfest Ocean Program. Task force members will by 2010 develop scientific approaches to sustainably manage forage fisheries using “ecosystem-based fisheries management,” which emphasizes the interconnectedness of species and habitats and breaks from traditional species-by-species management.

The report abstract l Read the press release in full 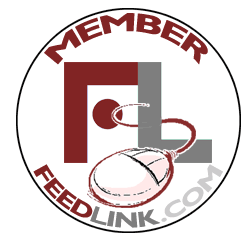 Setting the Record Straight on SLICE