Nofima scientists reported that omega-3 and zinc in salmon feed have important interaction in the intestines and likely the gills of salmon.

Norwegian researchers from Nofima, the University of Gothenburg and the Oslo University Hospital have examined the correlation between zinc, the marine omega-3 fatty acids EPA/DHA and the skin, intestine and gill barrier tissues of salmon. The tests were conducted on salmon from parr to post smolt size in RAS at Nofima in Sunndalsøra, where extensive samples were taken from the salmon during the tests.

The amount of zinc in the feed has a distinct effect on the composition of phospholipids regarding skin, intestine and gill barrier tissues. Phospholipids are building blocks in cell membranes, and changes in composition can be of crucial significance regarding the tissues’ function as a barrier against external influences. The level of omega-3 in the feed also seems to have an effect on the utilization of zinc, in that it affects the absorption of zinc in the intestine and the level of zinc in whole salmon.

“We have noticed that it is necessary to have enough omega-3 to best utilize zinc in the feed, and enough zinc is important to achieve a good composition of phospholipids, which in turn provides a good barrier function. Such interaction between nutrients is important to understand,” said Nofima senior scientist, Gerd Marit Berge. Reduced content of the omega-3 fatty acids EPA and DHA in the feed provided reduced content of the same fatty acids in phospholipids in the skin, intestines and gills.

The research also shows that the various layers of the skin are strengthened by omega-3 and zinc, and that both of these nutrients contribute to strengthening the ability to heal wounds.

Different levels of both zinc and omega-3 in the gills led to altered expressions in a large number of genes, especially when transferring to seawater. The genes were linked to functions such as tissue organization, metabolism and signal transmission.

“In general, the changes in gene expression suggest a comprehensive reorganization of gill tissue when transferring the salmon to sea water. Salmon go through a process of major physiological changes before they are transferred to seawater, and if we can give them one type of feed that better meets the demands of this period, it can contribute to higher survival rates at sea,” said Berge.

The research was conducted in the frame of the project “The importance of nutrition for skin, intestine and gill health in salmon” funded by the Norwegian Seafood Research Fund (FHF). 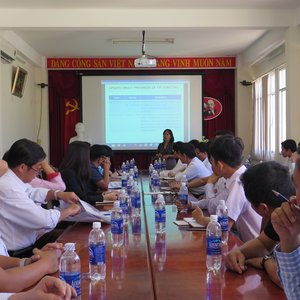 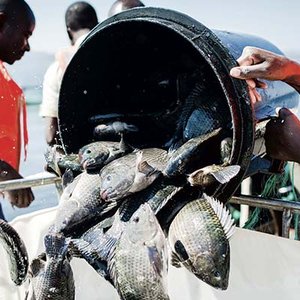