Designing a sustainable future for aquaculture with 'One Health' approach

A new study applies the “One Health” approach to aquaculture and recognizes that societal buy-in, equity of access to the food produced and environmental protection must be adequately addressed as the industry expands over coming decades.

Seafood is one of the fastest growing and highly traded food markets. Up to now, most have come from wild sources, caught in global freshwaters and oceans. But things are changing and today half of all seafood consumed comes from farmed sources (aquaculture), that includes fish, shrimp, shellfish and seaweed, to satisfy an increasing demand of the global population. In 2020, seafood consumption reached an all-time high with an average of 20kg consumed annually by every person on the planet.

With the global capture fishery not expected to grow significantly over the next few decades, enhanced production from aquaculture is arguably the only way of supplying an increasing global demand for seafood. The sector is expected to double in size by 2050 as the global human population approaches 10 billion people.

Aquaculture has played a major role in lifting millions of people out of poverty in many low- and middle-income nations, but a range of sustainability issues has been highlighted. These include the requirement for wild-caught fishmeal and fish oil to produce feeds for parts of the industry, environmental degradation, over-use of antibiotics, release of disease agents, poor labor practices and gender inequality. Negative societal impressions created by such examples (and applied to the industry as a whole) mask the potentially significant benefits of increased farming of cold-blooded (and thus more efficient) animals, many of which do not require feeding in a smaller footprint than may be required for other forms of food production.

Analysis of the complex interaction of human, environmental and animal health (so-called “One Health”) parameters by a diverse team of scientists, economists, sociologists and policy specialists was led by the Centre for Sustainable Aquaculture Futures, a joint initiative between Cefas and the University of Exeter. The analysis identified a set of success metrics that are proposed for inclusion into national aquaculture strategies across the globe to improve sustainability as the industry expands. The paper, published in the  Nature Food journal, which applies the "One Health" approach to a food sector like aquaculture, is a first, recognizing that societal buy-in, equity of access to the food produced and environmental protection must be adequately addressed as the industry expands over coming decades.

Lead author, Professor Grant Stentiford from Cefas said that “this is an important paper from my perspective – acknowledging that aquaculture is set to deliver most of our seafood by 2050, but also that sustainability must be designed-in at every level and, that the One Health approach offers a tool for governments to consider how and where policy is designed and evidenced. I hope it will become a blueprint for how the government and industry interact on these issues in the future. Most importantly, it considers aquaculture’s evolution from a subject studied by specialists to an important food sector – requiring now a much broader interaction with policy and society than arguably has occurred in the past.”

Senior co-author, Professor Charles Tyler from the University of Exeter said that “the paper results from extensive interaction between a wide range of academic experts in aquaculture, health, environmental and social sciences, economists, industry stakeholders and policy groups to identify how future aquaculture might best be developed to enable the industry to expand in the most sustainable manner. In a world where pressure on our environment is increasing, better food system design is critical, and aquaculture has a big part to play in that.”

Check out the paper here. 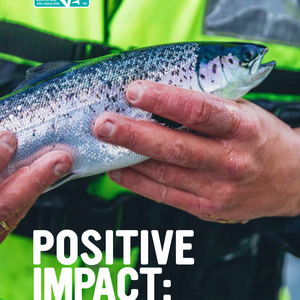 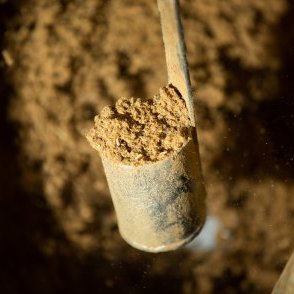