EFSA publishes data on levels of PCBs in food and feed

EFSA publishes data on levels of PCBs in food and feed

The European Food Safety Authority (EFSA) has published a report on the levels of non dioxin-like polychlorinated biphenyls in food and animal feed. In 2002, the European Commission issued a list of actions to be taken to reduce the presence of dioxins and PCBs in food and feed and recommended that Member States monitor the situation.

The report, which was prepared by EFSA’s Data Collection and Exposure unit (DATEX), is based on a total of 11,214 food and 1,349 feed samples collected from 18 EU Member States, Iceland and Norway between 1999 and 2008. It follows a report on dioxins and dioxin-like PCBs published earlier this year[1] .

Polychlorinated biphenyls (PCBs) are a widespread class of persistent organic chemicals that accumulate in the environment and in humans. They are associated with a broad spectrum of health effects. Although the production and use of PCBs have been discontinued in most countries since the 1980s, large amounts remain in electrical equipment, plastic products and building materials.

PCBs can be released into the environment and people are exposed to them mainly through food, with the exception of specific cases of accidental or occupational exposure. The International Agency for Research on Cancer has classified PCBs as probably carcinogenic to humans[2] . EFSA’s Panel on Contaminants in the food chain carried out a risk assessment on the presence of non dioxin-like PCBs in feed and food in 2005[3] .

EFSA recommends continuous random testing of a sufficient number of samples in each food and feed group in order to ensure accurate assessment and monitoring of the presence of PCBs in the food chain.

[1] There are 209 types of PCBs. Based on their structure and toxicological effects, PCBs are divided into dioxin like PCBs (DL PCBs) and non dioxin-like PCBs (NDL PCBs).
[2] International Agency for Research on Cancer, IARC - Monographs on the evaluation of carcinogenic risks to humans, Polychlorinated biphenyls and Polybrominated biphenyls, Summary of Data Reported and Evaluation Vol. 18 (PDF)
[3] EFSA’s CONTAM Panel opinion on non dioxin-like PCBs in food and feed

Aquafeed: Advances in Processing and Formulation 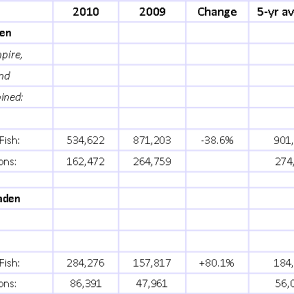