Looking at the past ten years, total EU aquaculture production increased by 130,554 tons or 11% from 2010 to 2019, while its value grew by a remarkable 40% in real terms, an increase of almost €1.43 billion. The value increase in aquaculture during the 2010-2019 decade was due to increased production of high value species, such as salmon, seabass and bluefin tuna, combined with the strong price increase of some major species, such as salmon, scallop, gilthead seabream, oyster and clam.

Salmon: For the first time in history, imports of salmon to the EU exceeded 1 million tons in 2020. One driver behind the increase was the number of constraints on air freight to overseas markets due to the COVID-19 pandemic and the consequent higher share of the European production (mainly Norwegian production) being sold on the EU market.

Seabass and seabream: EU production of farmed seabass and seabream is estimated slightly down in 2020 compared with 2019, while global production (including the EU) fell by 4%. Exports between member states show a 5% increase in prices for seabass and a 2% increase for seabream in 2020 compared with 2019. However, 2021 looks to be a stronger year in terms of production, with a 6-9% growth rate expected for the full year. The highest expectations are related to seabass. Fall in production in Turkey has materialized in higher market prices in late summer 2021, with EU import prices of farmed Turkish seabass increasing by 20% in one year.

From 2019 to 2020, the household expenditure on fishery and aquaculture products grew by 17%, which was much higher than the 2.1% inflation of prices for these products. The increasing trend was confirmed by data on household consumption of fresh fish in the EU’s largest consuming countries, which showed an increase of 7% in value and 4% in volume. This increase was most likely due to the closings in the HoReCa sector due to the COVID-19 pandemic, and the consequent increase in at-home consumption. The effects of the pandemic are quite apparent also when looking at 2020 data on out-of-home consumption of processed products. The most significant decreases from 2019 registered in the largest countries, which had seen their restaurants closed for longer periods.

Improvement of the value of the EU trade balance

Due to decreased imports, the trade deficit in 2020 was 10% or €2 billion less than in 2019. Values of EU imports decreased more than volumes from 2019 because of the more significant decrease of high-value species mainly destined for the HoReCa sector, which was included in the shutdowns initiated to control the spread of COVID-19. Exports, on the other hand, showed a slight growth from 2019 but decreased by 4% in value: cod accounted for most of the overall value decrease, as a consequence of decreased exports to China and the UK.

Intra-EU exchanges followed the same trend as extra-EU imports, as they largely consist of northern member states exporting products originating from Norway and Iceland, mostly salmon and cod, to other EU countries.

Decreased supply and apparent consumption from 2018 to 2019 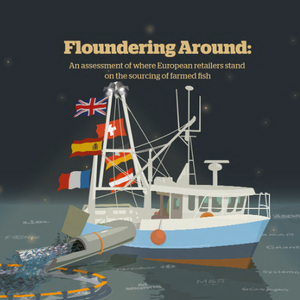 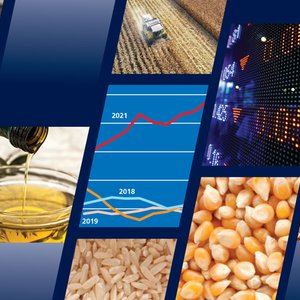 World food import bill to reach a record high in 2021