The spread of animal diseases and the economic impact of the war in Ukraine are the main factors reducing demand.

EU compound feed production (EU27) for farmed animals in 2022 is estimated to decrease by 5 million tonnes to 145 million tonnes compared to the 2021 volumes, a decrease of 3.5% y/y, FEFAC reported. Large producing countries are forecasting a production decrease ranging between -8.8 to -1.5 % y/y reflecting supply chain disruptions and the spread of animal diseases in 2022.

Only feed manufacturers in the Baltics, Ireland, Poland, Bulgaria and Slovenia are expected to keep feed production at a similar level to the last year. At the EU level, all of the major feed sectors will face a reduction.

The pig feed sector is likely to be the most affected. The production is estimated to decrease by -5.6% compared to 2021. This is mainly due to increased production costs and animal health issues, such as African swine fever (ASF).

The EU poultry feed sector will see a fall in production by -3.4% in 2022 compared to the previous year. This is mainly due to avian influenza spreading across the EU where FR, BE, IT & HU are particularly hard-hit countries. Farmers, following increased costs of production (feed, energy, packaging) for both eggs and poultry meat, are postponing new production cycles/flock rotations.

The cattle feed production is projected to decrease by -1.3% compared to the previous year despite increased sales of compound feed over the summer months when grass yield has been negatively impacted in the EU.

The low maize harvest in the EU (-19%) may lead to a switch in the feed ratio in favor of feed wheat, displacing maize.

The increasing utility costs, economic uncertainty, increasing costs linked to environmental and animal welfare policy measures & expected persistence of animal diseases are being identified by FEFAC experts as the main market drivers for ICFP 2023. A key challenge for the grain and oilseeds market remains the uncertainty over the continuation of the Black Sea grain corridor initiative and the pace of expansion of EU solidarity lanes to keep Ukrainian grain exports operational, during the new marketing year. 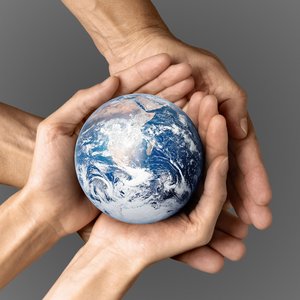