A new IDH report points to 38% of soybean meal equivalent of total European soy consumption to be sourced according to the FEFAC Soy Sourcing Guidelines and 19% certified deforestation-free soy.

Soybean meal used in animal feed production is increasingly sourced in a responsible way including certified deforestation-free soy products. The new IDH report, IDH Soy Monitor 2018, points to 38% of soybean meal equivalent of total European soy consumption to be sourced according to the FEFAC Soy Sourcing Guidelines and 19% certified deforestation-free soy. The report also refers to FEFAC’s initial risk assessment which estimates that 77% of EU soy imports were sourced from low-deforestation regions, based on EU trade statistics and industry expert assessments.

FEFAC wishes to highlight the significant progress made to transform the market in Europe for responsible soy to mainstream since 2015, the year of the ITC facilitated FEFAC’s benchmark system launch for responsible soy sourcing programs. In fact, FEFAC‘s internal estimates show that 49% of all industrial compound feed use of soybean meal sourced in 2018 is compliant with the criteria of the FEFAC Soy Sourcing Guidelines. This is higher than the 38% mentioned in the IDH Monitor Report 2018 that covers total soybean consumption in Europe (including food use and on-farm mixing).

FEFAC welcomes the fact that the IDH Soy Monitor 2018 acknowledges the importance of assessing the deforestation risk exposure of all soy used in Europe. FEFAC’s internal estimates indicate that 79% of all soy used in the EU (i.e. including soy sourced from within the EU) in 2018 came from origins considered to be carrying a low deforestation risk (e.g. EU, United States, Canada, Ukraine, Serbia, India, China). FEFAC considers soy supplies from these origins as “deforestation-free”, although it is not certified as such. This also means that when the IDH Soy Monitor displays a country percentage for certified deforestation-free soy that is lower than 100%, it should not be concluded that the “non-certified soy” use is driving deforestation.

FEFAC also highlights that internal estimates show further increased uptakes of responsible soy and certified deforestation-free soy have been recorded for 2019, with total industrial usage of more than ten million tons. This increased feed demand was boosted by the commitment made by the top 11 compound feed producers to the Responsible Sourcing Declaration which has now been endorsed by over 250 organizations.

FEFAC’s planned upgrade of its own soy sourcing guidelines, which will include a specific desired criterion on deforestation and conversion free soy, will recommend the use of a robust verification system for soy originating from high-deforestation risk regions. The launch of a renewed benchmarking of schemes against the revised FEFAC Soy Sourcing Guidelines is expected before the end of 2020.

FEFAC president, Nick Major, said that “I am proud of the progress on responsible soy sourcing achieved so far by our industry and supply chain partners. The fact that 77% of EU soy imports were sourced from low-deforestation regions is significant, but there is more work to do. I am confident that we can achieve the common goal of deforestation-free supply chains in a reasonable timeframe with all of our partners in the supply chain working together with retail, IDH and those NGO’s willing to cooperate to identify practical supply chain solutions.” 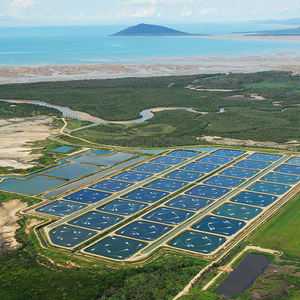 Aquaculture industry set to be a boon for Australia North's economy 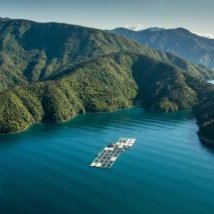