EUMOFA has released the 2019 edition of The EU fish market. The report aims at providing an economic description of the whole European fisheries and aquaculture industry. It replies to questions such as what is produced/exported/imported, when and where, what is consumed, by whom and what are the main trends.

There was less fish and seafood available for EU consumers in 2017 compared with 2016. A reduction in catches led to a decrease in supply of fish and seafood available in the EU in 2017. Internal demand was primarily met through imports. The EU self-sufficiency ratio, which measures the capacity of EU member states to meet demand from their own production, reached 43% in 2017 – in line with its 10-year average. EU's apparent consumption of fish and seafood was estimated at 24,35 kg per capita in 2017, half a kilo less than in 2016. Wild-caught products accounted for three-quarters of the total.

On the other hand, EU aquaculture production and landings increased. EU aquaculture production reached a 10-year high of 1,37 million tons in 2017, with a value of €5,06 billion. Compared with 10 years ago, its volume increased 11%. The value almost doubled, due to increased production and prices of some species, such as salmon and seabass. EU landings also reached a 10-year peak in 2017 – a volume of 4,68 million tons – mainly due to the significant growth of sandeel landings in Denmark. At the same time, the overall value of fisheries production slightly decreased.

The report also found an increased EU trade deficit for fisheries and aquaculture products. EU trade of fish and seafood, which encompasses trade flows with extra-EU countries and exchanges between member states, reached €59,53 billion in 2018, which represented a 74% growth from 2009. Still, the EU had a trade balance deficit of more than €20 billion. From 2009 to 2018, the total value of extra-EU exports and imports increased by 93% and 65%, respectively. Intra-EU trade flows grew by 79% in value. 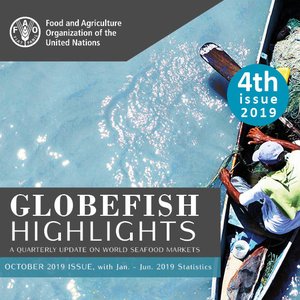 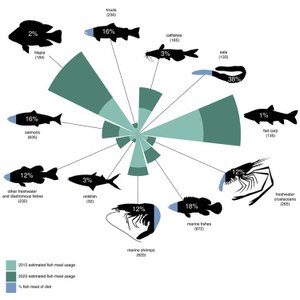