World aquaculture production attained another all-time record high of 114.5 million tons in live weight in 2018 with a total farmgate sale value of $263.6 billion, according to FAO’s 2020 SOFIA report.

Worldwide per capita fish consumption has reached a new record of 20.5 kilograms per year and is poised to increase further in the decade ahead, underscoring its critical role in global food and nutrition security. Sustainable aquaculture development and effective fisheries management are critical to maintaining these trends, according to the FAO 2020 The State of World Fisheries and Aquaculture (SOFIA).

Total fish production is set to increase to 204 million tons in 2030, up 15% from 2018, with aquaculture's share growing from its current 46%, according to the new report. That growth is around half the increase recorded in the previous decade, and translates into an annual per capita fish food consumption is forecast to reach 21.5 kilograms by 2030.

“Fish and fisheries products are recognized not only as some of the healthiest foods on the planet but also as some of the less impactful on the natural environment,” said FAO Director-General QU Dongyu, emphasizing that they must play a more central role in food security and nutrition strategies at all levels. The Director-General also pointed to SOFIA's reporting of growing evidence that while effective fisheries management results in robust or rebuilding of fish stocks, failure to implement these measures threaten their contributions to food security and livelihoods.

The SOFIA report has tomes of fishing data organized by species, regions and whether they are captured wild or farmed. Global fish production is estimated to have reached about 179 million tons in 2018, with a total first sale value estimated at $401 billion. Aquaculture products accounted for 46% of total production and 52% of fish for human consumption. China is by far the largest producer, buoyed by its highly-developed aquaculture industry, which has produced more farmed aquatic food than the rest of the world combined since 1991. 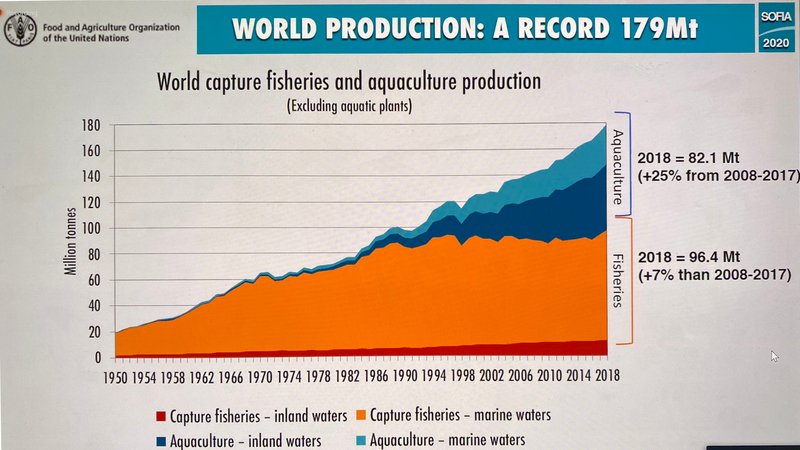 Aquaculture's expansion will continue, although at a slower rate, and farmed fish will contribute to a growing share of consumption and trade over the next decade, according to SOFIA. Aquaculture output is expected to grow by 48% in Africa, mitigating an expected population-driven reduction in per capita fish consumption on the continent.

Anchoveta was the top species for marine capture, buoyed by a strong production rebound in Peru and Chile, while Alaska pollock and skipjack tuna were next. Inland capture fisheries - a significant source of food in many food-limited countries- reached the highest level ever reported, at 12 million tons. 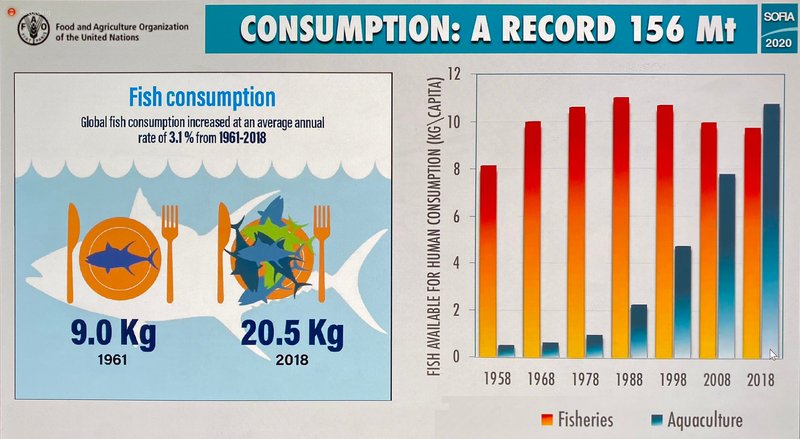 Key numbers from The State of World Fisheries and Aquaculture 2020 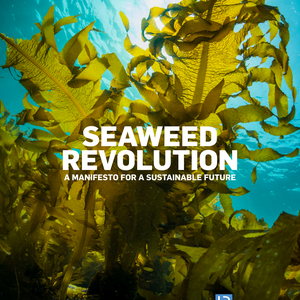 Seaweed manifesto for a sustainable development of the industry 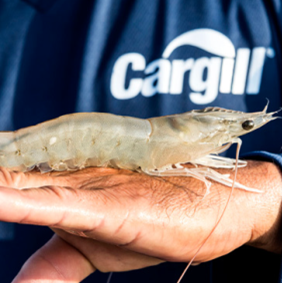