The eleventh edition of Alltech’s annual feed production survey estimated that international feed tonnage has increased by 2.3%, to 1.235 billion metric tons of feed produced in 2021.

The 2022 Alltech Agri-Food Outlook highlights that the global COVID-19 pandemic has had major impacts on the agri-food sector, contributing to supply chain challenges and accelerating the adoption of new technology and environmental sustainability practices.

“The results within our 2022 Alltech Agri-Food Outlook reinforce our confidence and optimism about the future of the agri-food sector,” said Mark Lyons, president and CEO of Alltech. “We see the resilience of the agri-food sector against the challenges of COVID-19, disease and supply chain disruption, and, even more importantly, there is evidence of growth, modernization and the adoption of more sustainable practices occurring in parallel.”

Key observations from the survey

The country with the largest increase in feed production by tonnage was China by 8.9% to 261.424 mmt. A key trend resulting in this growth was the continuation of the consolidation and modernization of the country’s feed industry. Swine farms and feed production have moved from utilizing food waste to contracting with professional feed mills. As a result, commercial feed tonnage increased, driven in particular by the growth and continued modernization of the pig sector.

Over the past year, there has been a strong focus on the environment, as governments worldwide have made renewed commitments to reducing their greenhouse gas emissions. In Europe and Asia, government policies have been the main drivers in most markets, whereas in the Americas, the main drivers have been consumers and private industry. In some markets, there’s a strong focus on reducing greenhouse gas (GHG) emissions, and in other markets, the focus is more on the expected nitrogen regulations.

The aquaculture industry continues to grow in many markets and has increased by a 3.7%. Recirculating aquaculture systems (RAS) are becoming more prevalent, and consumer demand for fish is on the rise. Markets with ASF challenges saw additional growth due to their reduced pork supply. India saw a significant increase in its aquaculture feed tonnage of 9% and additionally, Indonesia accounted for 10% of Asia-Pacific’s growth. In Latin America, Chile, Brazil, Honduras and Ecuador contributed to the regional growth of 5.6%.

North America saw steady growth of 1.9% over the last year, and the U.S. remained the second-largest feed-producing country globally, behind China.

Latin America experienced moderate growth of 0.5%, and Brazil remained the leader in feed production for the region and ranked third overall globally.

Europe saw a decrease of 1.2% in its feed production due to issues such as ASF and high raw material costs, combined with low end-product prices, declines in ruminant feed production and COVID-19-related government regulations.

Asia-Pacific saw the largest regional growth of 5.7% and is home to several of the top 10 feed-producing countries, including China, India and Japan.

Africa saw growth of 2.4%, despite challenges caused by high raw material prices, foot and mouth disease and geopolitical tensions that have impacted the exports of foods of animal origin and caused raw material shortages in some areas.

Alltech works together with feed mills and industry and government entities around the world to compile data and insights to provide an assessment of feed production each year. Compound feed production and prices were collected by Alltech’s global sales team and in partnership with local feed associations in the last quarter of 2021. These figures are estimates and are intended to serve as an information resource for industry stakeholders.

To access more data and insights from the 2022 Alltech Agri-Food Outlook, including an interactive global map, visit alltech.com/agri-food-outlook. 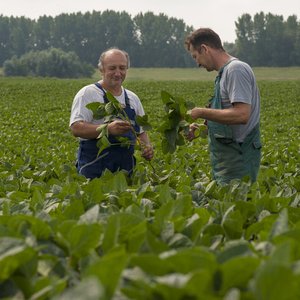 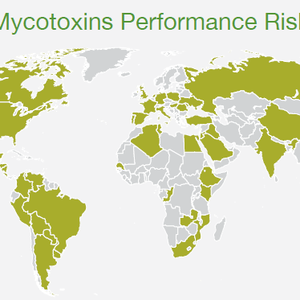