Total cumulative fishmeal and fish oil production in 2020 increased by 11% and 12%, respectively, compared with 2019.

The latest IFFO market intelligence report covers IFFO’s analysis on marine ingredient market trends from January to December 2020. They include an analysis of both the supply and demand sides of the market, with research focusing also on the global trends of animal farming and fish catches, agri-commodities, commodities’ prices and general macro-economic conditions. A specific and additional focus is made on China given that China is by far the main market for marine ingredients.

Increased fishmeal production in 2020 compared with 2019

Total cumulative fishmeal production in 2020 (including salmon-based meal) increased by 11% on the previous year, although Chile, USA and India reported significant annual reductions. Total cumulative fish oil production in 2020 was also on the rise (+12%), with all regions bar USA and India reporting bigger outputs than in 2019.

India’s landings have continued to rebound since the imposition of a COVID-19-related lockdown in the first part of the year, reporting year-on-year improvements in all months since then. This however was not enough to bring the cumulative annual production of both fishmeal and fish oil to the levels reached in 2019.

Domestic fishmeal production has already come to a seasonal pause in view of the approaching Spring Festival. Operations might resume in Zhejiang mid-February, and after the Spring Festival in Shandong, but the Liaoning fishmeal plants might not work again until September due to the lack of raw material. The production of the three provinces in January was minimal.

In December 2020, the average price of aquatic products was slightly up MoM and YoY, while the trading volume dropped YoY. Shrimp imports in 2020 dropped by 16% with respect to 2019, mainly because of the reduced demand expressed by the COVID-19-stricken food service. Aquafeed output remains currently subdued as aquaculture remains in its low season. 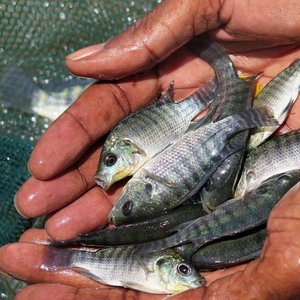