Is the large-scale use of alternative feeds in salmon sustainable?

A multi-scale integrated analysis, that anticipates the environmental and socio-economic impacts of large-scale implementation of alternative salmon feeds, considers that insect sources as replacements of fishmeal and fish oil represent an interesting alternative but raises uncertainty.

The steady increase in production volume of salmon aquaculture has sharpened concerns about its sustainability. In particular, the production of salmon feed is a reason for concern given its reliance on scarce natural resources, such as wild fish captures.

Spanish and Norwegian scientists made a multi-scale integrated analysis to put forward as a tool to anticipate the environmental and socio-economic impacts of large-scale implementation of alternative salmon feeds, considering both plant and insect sources as potential replacements of fishmeal and fish oil.

The proposed accounting framework, based on relational analysis across hierarchical levels, describes the patterns of required inputs using biophysical and economic variables. It also considers the inputs used by external systems for the production of imported feed, thus providing an assessment of the sustainability of the production system in terms of feasibility, viability and desirability.

The analytical tool-kit is illustrated in conceptual terms and then applied to the Norwegian salmon aquaculture, both in diagnostic (describing the actual situation) and anticipatory mode (examining feed scenarios). Results are used in an exercise of quantitative story-telling to check the quality of the narratives currently shaping policy discussions on aquaculture. Quantitative story-telling is a heuristic approach aimed at checking the robustness of knowledge claims in the face of uncertainty.

The analysis shows that, from an environmental perspective, insect feed ingredients may represent an interesting alternative, causing less pressure on terrestrial land than plant feed ingredients, but also raises the level of uncertainty with regard to the possible insurgence of negative side effects such as accumulation of toxic substances and the high energy and labor production requirements. 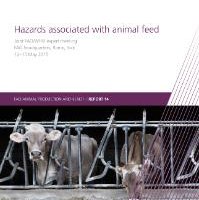 FAO report on hazards in feed 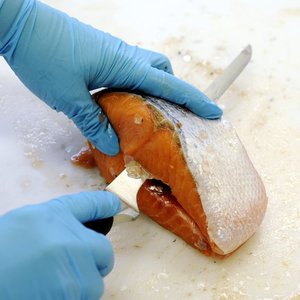