A new report shows that between 2012 and 2016 there were hardly any changes in the amount of feed being produced for Norwegian salmon farms and in the quantities of salmon being slaughtered at Norwegian fish farms. However, a higher percentage of feed raw materials are now being derived from the land.

A new report shows that between 2012 and 2016 there were hardly any changes in the amount of feed being produced for Norwegian salmon farms and in the quantities of salmon being slaughtered at Norwegian fish farms. However, a higher percentage of feed raw materials are now being derived from the land.

Currently 75% of the content of Norwegian salmon feed is derived from the land, compared to 70% in 2012. Soy protein concentrate used to be the largest individual ingredient and was solely responsible for 19% of feed in 2016. At the same time the use of soy in feed has dropped slightly since 2012 in favour of several other sources of plant-based protein such as wheat, maize and broad beans. Marine sources of protein accounted for a total of 14.5% of feed ingredients and marine oils for 10.4%.

These figures are presented in a Nofima report entitled “Resource Utilisation in Norwegian Salmon Farming in 2016”, which contains updated figures derived from similar reports produced in 2012 and 2010 using figures reported by industrial feed producers and fish farms. In 2016 a total of 1.62 million tonnes of raw feed materials were used to produce 1.26 million tonnes of salmon in Norway.

“The main trend seen in these figures is that the use of fishmeal is continuing to drop,” said the project manager for the work, researcher Turid Synnøve Aas at Nofima.

The composition of Norwegian salmon feed has changed considerably over the last few decades, from being primarily based on fishmeal and fish oil to containing a substantial percentage of plant-based ingredients.

Most of the marine ingredients were of North Atlantic origin and were approved under primarily sustainable certification schemes.

“As far as we know, Norwegian fish farming is the only national food production system which uses animal protein where data is available throughout the year in respect of feed production and food production for the whole industry in one country. This data, which has been provided by feed suppliers on the Norwegian market and fish farmers, etc., means that it is possible for us to calculate the full effectiveness of overall production”, said Dr. Aas.

The report,  Resource Utilisation in Norwegian Salmon Farming, has been produced in order to document the status of using feed resources in Norwegian salmon farming, and it is intended to be a tool the industry and the authorities can use in order to plan and improve the industry. 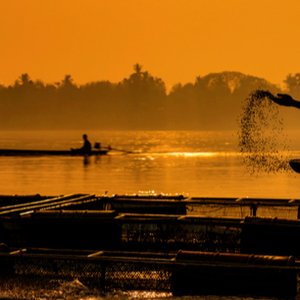 The feed industry should be driver of change in aquaculture 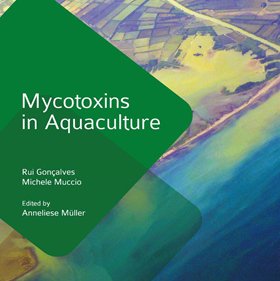