Two in 5 Europeans take a personal interest in food safety and only 1 in 5 say it is their main concern when choosing food. For most Europeans it is one of several factors - together with price, taste, nutrition and food origin – that influence their eating habits and food choices. These are some of the many insights from a new Eurobarometer survey by EFSA, published on the first World Food Safety Day.

When food safety is a factor, there is no single concern that predominates in all EU countries. However, there are three issues that surface most frequently in 20 EU Member States or more: the misuse of antibiotics, hormones and steroids in farm animals (44%), pesticide residues in food (39%), and food additives (36%).

These were also among the main concerns reported in the 2010 Eurobarometer on food safety. Yet, Europeans seem less concerned than they were before about issues such as GMOs and new issues such as microplastics have appeared on the food safety radar for the first time.

Trust in both national authorities (60%) and European Union institutions (58%) are quite high and in line with the 2010 results. However, the report shows that Europeans have quite limited understanding of how the EU food safety system works.

As in 2010, television is the main source of information about food risks for seven in ten of all Europeans. But, whereas more younger people turn to social media after TV (45% of 15-24-year olds), older people opt for traditional sources such as newspapers (46%) and radio (30%).

The study revealed important differences across EU countries, which are provided in detail in the report and summarised for all 28 EU Member States in special factsheets (available in English and local languages).
Eurobarometer 91.3: Report on food safety in the EU
Factsheets by country (in English and local languages)
Maps of food safety concerns across EU countries
WFSD 2019: ‘Food safety, everybody’s business’

Selected results from the Eurobarometer survey (for the EU average):
The most important factors for Europeans when buying food are where the food comes from (53%), cost (51%), food safety (50%) and taste (49%). Nutritional content is slightly less important (44%), while ethics and beliefs rank lowest (19%). Overall, 41% of respondents say that they are ‘personally interested in the topic of food safety’. Just over one fifth of Europeans (22%) say that safety is their main concern when choosing food.

Two-thirds of Europeans (66%) have changed their consumption after receiving information about a food risk. For 33% the change was permanent; for the other 33% only for a while.

Changes in consumption behavior are more common among women, those in the middle age bands, and those with higher levels of education.

The most frequently cited concerns are ‘antibiotic, hormone or steroid residues in meat’ (44%), ‘pesticide residues in food’ (39%), ‘environmental pollutants in fish, meat or dairy’ (37%) and ‘additives like colors, preservatives or flavourings used in food or drinks’ (36%).

Just over 2 in 5 respondents (43%) say that ‘there are regulations in place to make sure that the food you eat is safe’. Three in ten (28%) know that ‘to decide how risky something could be for you to eat, the EU relies on scientists to give expert advice’. 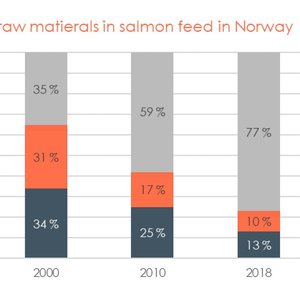