The U.S. Department of Agriculture released the expectations of fishmeal production in Peru for the marketing year 2019-2020 in a Global Information Network report. Fishmeal production is expected to fall 25 percent from the previous year.

The U.S. Department of Agriculture released the expectations of fishmeal production in Peru for the marketing year 2019-2020 in a Global Information Network report. Fishmeal production in marketing year 2019-2020 is estimated at 890,000 MT, falling 25 percent from the previous year. Warmer waters caused by an El Niño will likely drive fish south and to greater depths in search of cooler waters, reducing total catch for fishmeal. Peru’s total catch for anchovy (Engraulis ringes) is expected to rebound to five MMT as water temperatures cool down to normal temperatures.

The report said that the Peruvian government seeks to achieve more sustainable yields by issuing individual quotas per vessel, as well as by restricting the number of fishmeal processing plant licenses that it issues. Peru also bans the catch of fish if ten percent of the sampled fish is below a minimum threshold size of twelve centimeters (i.e. juveniles). These efforts have not succeeded inadequately protecting stocks.

Local fish meal consumption is insignificant, primarily used for shrimp production, and has little to no effect on the export market. The report also highlights that Peru is the largest fishmeal producer in the world, accounting for about 18 percent of the world’s production. Fishmeal exports in MY 2019-2020 are estimated at 1.15 MMT, increasing 130,000 MT compared to the previous year. However, since the second fishing season of 2018 ended in early 2019, some of these exports are from the previous year’s catch. Average fishmeal price in 2018 was $1,521 per MT, increasing eight percent compared to the previous year. 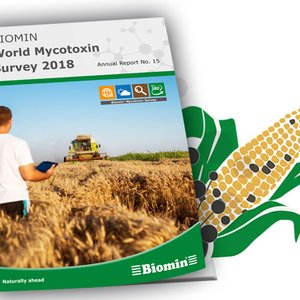