Report forecasts 600,000MT of alternative proteins for aquafeed by 2024

The new report evaluates insect, single-cell, and algae protein as replacement options for fishmeal and predicts that over the next 30 years, 15 million MT of new protein will be needed for aquaculture.

A new report by Lux Research, “Future fish feed: Forecasting alternative aqua feed ingredients,” evaluates insect protein, single-cell protein, and algae protein as options to replace fishmeal. The report predicts that over the next 30 years, 15 million MT of new protein will be needed for aquaculture.

The political, economic, social and technological (PEST) analysis shows that both insect protein and single-cell protein are poised for success as major protein sources for aquafeed. Single-cell protein sources are predicted to become commercially relevant and scale more rapidly than insect proteins with support from aligning industries. The analysis also shows that algae is poorly positioned as a major protein source for aquafeed due to high production costs and low economies of scale, though it may be relevant as a replacement for fish oil given its omega-3 fatty acid content.

“While single-cell protein production has the potential to scale rapidly, few developers have reached large-scale production due to the extremely high CAPEX required to establish a new facility. There are currently many insect protein producers with each facility operating at a relatively small scale,” said Laura Krishfield, lead author of the report.

The largest insect production facilities currently produce about 10,000 MT a year, but recent scaling announcements from companies like Ynsect and Nutrition Technologies suggest future production capacities will reach 18,000 MT to 20,000 MT per year per facility. “Based on these planned efforts to build new production capacity, insect protein production will be relatively stagnant for the immediate future, but those levels should ramp up again as the new facilities come online,” noted Krishfield.

This forecast shows that, if all currently operating insect producers achieve their plans for additional production facilities, global annual insect production could reach more than 350,000 MT by 2024. However, Lux’s analysis indicates that a global production level of around 200,000 MT of insects is a much more likely scenario. With larger scales for individual facilities, single-cell protein production will remain more costly to build but will also scale more rapidly.

China announces a new round of tariff exclusions 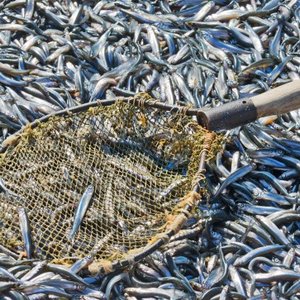