A report by the Changing Markets Foundation questions the sustainability of the fishmeal and fish oil used in global aquaculture and reveals links between world’s biggest supermarkets and illegal, unsustainable fishing in India, Vietnam and the Gambia.

A new report by the Dutch-based Changing Markets Foundation has found links between some of the world’s top supermarkets and illegal, unsustainable fishing operations in India, Vietnam and the Gambia which supply feed ingredients for farmed seafood products in high-income markets.

The report, Fishing for Catastrophe, maps fishmeal and fish oil (FMFO) supply chains from fishery to fork. It finds that the surge in popularity of fish, such as salmon and prawns, in the Western diet is causing fish stocks to collapse and taking a key source of protein away from some of the world’s poorest communities due to the aquaculture industry’s reliance on FMFO for fish feed.

The reports found that many farmed-fish products are labelled as certified sustainable despite the damaging impact of the FMFO industry on marine ecosystems. The investigation also found that while retailers take assurances from FMFO trade body IFFO about supply chain sustainability at face value, dozens of IFFO members and certified companies are linked to unsustainable and illegal fishing practices. The report highlights that the certification standard for the FMFO industry (IFFO RS) is a sustainability smokescreen, with IFFO simultaneously functioning as the FMFO industry trade association, representing the interests of the sector by promoting the use of FMFO and lobbying to defend the industry.

The report also found that FMFO production is accelerating the decline of fish stocks and diverting fish from human consumption in India, Vietnam and The Gambia.

The Scottish Salmon Producers Organization (SSPO) said that companies providing feed for Scottish farm-raised salmon have confirmed that none of them use ingredients from the Gambia, Vietnam or India or from reef fishing – the main thrust of the criticism highlighted in the report. Any claim or suggestion that Scottish feed suppliers are sourcing from these fisheries would be wrong, misleading and inaccurate.

Scotland’s feed suppliers will continue to ensure their ingredients are sourced from responsible and sustainable fisheries, allowing Scotland’s salmon farmers to achieve the best feed conversion ratios of any livestock, thus ensuring best use of marine resources.

In the Gambia, the report found that:

In Vietnam, the report found: 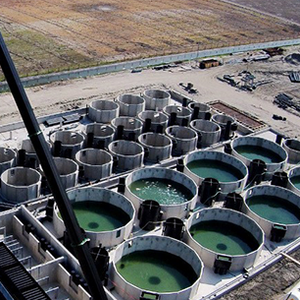 RAS to disrupt salmon farming over the next decade 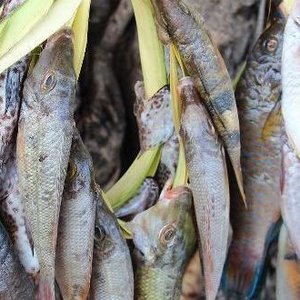