Salmon on the catwalk

A highly unusual European research project set about finding the best ways to turn salmon skins into leather for use by the fashion industry.

Europe risks running out of sources of leather for tanning. At the same time, salmon farmers throw away large quantities of salmon skin as waste. If this skin could be preserved, tanned and turned into leather, these two problems would be solved at a stroke. A highly unusual European research project set about finding the best ways to turn salmon skins into leather for use by the fashion industry. It has produced a successful product that looks like snakeskin and has been made into boots, bags and wallets that sell well. Turnover and employment in the partner companies have increased and a former waste material has been turned into profit.

Europe’s leather industry is running short of raw material and much of it now has to be imported from outside the EU. This brings with it the danger that some unscrupulous firms could be tempted to try and source skins from protected animals that are being illegally hunted. Meanwhile, European consumption of smoked salmon is growing, producing hundreds of tons of salmon skins that have to be thrown away.

Fish smokers and bag makers
An unusual mix of small companies from Spain, Greece, Italy and France got together in an EU funded project to tackle the problem of converting this waste material into a fashion statement. The partners believed that salmon skin, if properly preserved, could be used in the same way as skins such as crocodile or snake, provided it met commercial standards. The project covered the whole production chain, from obtaining the raw materials to producing fashion items. Technically, it searched for a method that would preserve salmon skins for at least one month and to develop an economical process to tan them and produce leather that meets international quality standards.

The partners ranged from raw material producers through tanneries to leather goods manufacturers. The skin producers were two Spanish smoked salmon factories, Pinchomania and Cocinados Gimar, which worked with French and Spanish tanneries – Vuadelle Tannerie de Callac and Tradelda. The treated products were then passed to the five manufacturers: Borse and Zapatos Ricardo’s from Spain, Lianos Panagiotis and Mandilas Grigoris from Greece and Calzaturificcio Santa Maria from Italy. The practical work was backed up by four research institutes with experience in the sector: INESCOP in Spain; the Hellenic Leather Centre, Elkede; the Centre Technique Cuir Chaussure Maroquinerie in France; and CGS in Italy.

Salmon skins for fashion
In many ways, salmon skins are highly suitable for tanning – they are relatively large and thick and are very flexible, and, most importantly, are inexpensive. Coupled to this, the salmon industry is very stable, so fish factories can offer a regular supply of skins. The team’s first task was to define the technical and quality requirements that salmon leather should meet, in terms of size of skins, strength, resistance to tearing and shrinkage and the quality of the grain. They then looked for the best way to conserve the salmon skin, comparing soaking it in brine to conserving it through smoking, salting, or drying, or by pickling it in acid or ‘liquid-ice’. The partners then compared different methods for treating the skin, including removing the scales, getting rid of the smell, pickling, tanning and drying.

The next stage was to produce the new ‘leather’ by the methods the tests had found most successful. It was put through quality control testing for texture, flexibility, strength, touch and look. At the end of the project a number of shoes, handbags, wallets and travel bags were produced. Some of these items were even presented at Italian and Paris fashion shows, where they caught the public’s eye.

Benefits across the production chain
This project has had an economic impact right across the production chain. The fish factories are now commercially exploiting an additional part of their product, whereas before they were left with the problem of disposing of piles of skins. The European tannery sector has benefited because the investigation of the tanning process for salmon skins led to improvements that streamline the general tanning process for a range of other products, making it more efficient and cleaner. The small tanning companies in the project are updating their procedures for traditional leathers, and one is taking on more staff to cope with increased demand.

By creating a new source of leather, the project is helping the European leather industry to overcome the crisis it faces because it cannot get enough leather to keep production up to an economic level. And salmon leather is cheaper than conventional leather, so it is encouraging growth in the sector. The project has also had an impact on small leather goods producers, as this exotic type of skin has stimulated interest in their products. The Spanish firm Cocinados Gimar has diversified its current business and has established a strategic agreement with a tannery to commercialise salmon skin tannings, which are being offered to top shoe brands.

The project brings environmental benefits as well. By recycling salmon skins, fish factories can eliminate waste products in an original and successful way. The cleaner tanning processes are less polluting as the process more than halves water consumption and dramatically reduces the use of chemicals like amines, sulphur compounds and salt, compared to traditional methods. [Source: Europa]

This week’s news stories from Growfish 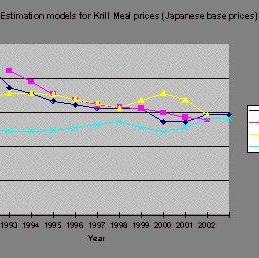