A new half-hour film about the development of BC's salmon farming industry, its accomplishments and future plans is now online for public viewing

A new half-hour film about the development of BC's salmon farming industry, its accomplishments and future plans is now online for public viewing.

The movie, titled Silver Harvest, produced by Ucluelet's Lance Blackwell and Make Waves Productions, will also air on local television in the coming weeks.
"This has been a great experience - talking to the entrepreneurs of the industry and watching a good story about the development of this industry come to light," said Blackwell, who's worked for more than six months on the film.

Blackwell approached the BC Salmon Farmers Association in early 2010, saying he felt there was more the public should know about the industry, which is frequently under attack by professional campaigners. As part of their public education program, the association granted Make Waves funding for the project.
"We've made it a priority to answer the public's questions about the industry openly and proactively, through activities like our public tour program and our informational brochures," said Mary Ellen Walling, executive director of the BCSFA. "This is another piece of that effort - and it's great to see another perspective of the industry - answering the questions and raising the points they feel are important."

Blackwell, along with writer/narrator David W. Griffiths, were welcomed onto farms and into labs, offices and homes as they asked about where the industry had come from and where it was going.

"We hope this story really opens the doors to the public about the industry and helps to answer many of the tough environmental issues brought forth by the industry's opposition. I think people will see salmon farming in BC in a whole new positive light," said Blackwell.

Silver Harvest is now available for full viewing online at www.silverharvest.ca and on Blackwell's page at http://vimeo.com/16871529. Please contact the BC Salmon Farmers Association if you would like a copy. 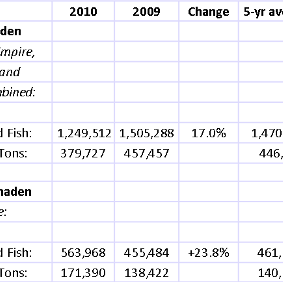