Bremnes Seashore and Nordlaks eliminated all links to deforestation throughout their entire soy supply chain, according to a new market mapping conducted by Rainforest Foundation Norway.

Only two Norwegian salmon producers, Bremnes Seashore and Nordlaks, have eliminated all links to deforestation throughout their entire soy supply chain, according to a new market mapping conducted by Rainforest Foundation Norway (RFN). The report also states that “high deforestation risk company Cargill remains supplier to the majority of the enquired companies.”

Earlier this year, Brazilian soy suppliers CJ Selecta, Caramuru and Imcopa pledged zero deforestation in their supply chains. “The commitment from the Brazilian soy suppliers to the Norwegian salmon sector implies a ban on trading soy grown on land deforested after August 2020 and states an important example, adding pressure on the industry leaders such as Cargill and Bunge to follow. Cargill still refuses to commit to the same cut-off date but insists on continuing to trade deforestation soy until 2030,” stated RFN.

“Among the ten largest salmon producers, only two producers do not buy feed from Cargill, and thus have a value chain with no deforestation risk,” claimed the organization.

“Cargill Aqua Nutrition’s North Sea business purchases soy in salmon feeds that is 100% ProTerra, RTRS or organic certified,” a spokesperson of Cargill said to Aquafeed.com in response to the report’s claims. “We also actively participate in the “Aquaculture Dialogue on Sustainable Soy Sourcing from Brazil” partnership, which drives continued aqua industry progress on sustainability. In addition, our SeaFurther initiative will help salmon farmers reduce the environmental footprint of their fish by 30% by 2030. In doing so, we’ll help the industry save 2 billion kilograms of CO2, which is the equivalent of removing more than 400,000 cars from the road in one year.”

Cargill recognizes the needs to continue working toward solutions that reach beyond the aquaculture industry to address the broad, complex issue of deforestation. “We have not wavered in our commitment to end deforestation in our agricultural supply chains and are taking action to make progress toward our commitment. In South America, we are accelerating our efforts to a 100% deforestation- and conversion-free (DCF) direct sourced supply through the implementation of our Soy Policy in as short a time as possible. To transform the supply chain to be deforestation- and conversion-free, we must assist farmers with a broader set of resources to continually improve their farming practices and the resilience of local communities. The Land Innovation Fund for Sustainable Livelihoods – which Cargill launched with a commitment of $30 million – is now actively funding projects that will empower farmers and protect forests across South America,” the company concluded. 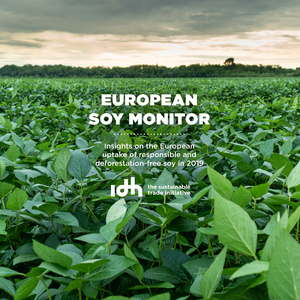 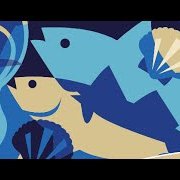