WHEAT:  U.S. wheat ending stocks for 2011/12 are projected 32 million bushels lower.  Projected feed and residual use is raised 35 million bushels reflecting higher-than-expected disappearance during the December-February quarter as indicated by the March 1 stocks.  Projected seed use is lowered 3 million bushels based on state level seedings as reported in the March 30 Prospective Plantings report.  Projected exports for all wheat are unchanged as a 15-million-bushel increase for Soft Red Winter (SRW) wheat is offset by the same size reduction for Hard Red Winter wheat.  By-class shifts reflect the pace of sales and shipments to date and the increasing competitiveness of U.S. SRW wheat into Europe, Egypt, and Mexico.  The projected range for the 2011/12 season-average farm price is narrowed 5 cents on both ends to $7.20 to $7.40 per bushel.

Global wheat supplies for 2011/12 are lowered 0.5 million tons as reductions in beginning stocks for a number of countries more than offset a 0.3-million-ton increase in global production.  Production for 2011/12 is raised for Syria, Pakistan, and South Africa, more than offsetting reductions for Egypt and Iran.  Production changes this month have only a limited impact on global trade as world imports rise mostly on higher expected wheat feeding.

Global wheat consumption for 2011/12 is raised 2.8 million tons on higher expected feed and residual usage.  Wheat feeding is raised for China, Saudi Arabia, Mexico, the Philippines, and Vietnam.  A revision to the India usage series, in order to better reflect residual losses, raises feed and residual use for the country by 2.9 million tons, but reduces food, seed, and industrial use by an offsetting amount.  Global ending stocks for 2011/12 are projected 3.3 million tons lower.  Stocks are lowered for a number of countries with the biggest reductions for China, Iran, Argentina, Saudi Arabia, Uzbekistan, Japan, Canada, and Egypt.  Partly offsetting are increases for Ukraine, Syria, and Jordan with smaller increases made for several other countries.

Projected 2011/12 corn feed and residual use is unchanged at 4.6 billion bushels.  March 1 stocks indicate a September-February feed and residual disappearance 238 million bushels lower than during the first 6 months of the 2010/11 marketing year.  Prospects for feed and residual disappearance during the remainder of 2011/12 will be limited by an improving outlook for summer wheat feeding and the potential for 2012 new-crop corn use during August.  Prospects remain favorable for a large year-to-year increase in winter wheat production with planted area up 1.1 million acres and crop condition ratings substantially improved from last spring at this time, particularly in the Hard Red Winter wheat states.  Larger expected supplies and competitive prices for wheat relative to corn suggest an increase in summer wheat feeding compared with last year.  The quick start to corn planting this spring and more intended acres across the South raise the potential for a substantial increase in new-crop corn use before the September 1 start of the new marketing year.

Global coarse grain supplies for 2011/12 are projected 4.3 million tons lower mostly on a 4.0-million-ton reduction in corn beginning stocks in China with higher 2010/11 corn feed and residual use.  Global barley supplies for 2011/12 are also lowered 0.6 million tons mostly on lower 2010/11 and 2011/12 production for Iran.  Partly offsetting is an increase in global sorghum supplies reflecting higher 2010/11 and 2011/12 production in China that more than offsets a 0.5-million-ton reduction in 2011/12 sorghum production for Mexico.

RICE:  On the U.S. 2011/12 supply side, the all rice import projection is raised 0.5 million cwt to 20.5 million (in long-grain) based on the pace of imports as reported by the Census Bureau through January.  Forecast beginning stocks and production are unchanged from a month ago.  On the use side, all rice domestic and residual use is estimated at 123.0 million cwt, down 1.0 million (in long-grain) from last month, and a decrease of 11 percent from the previous year record.  The decrease in the 2011/12 domestic and residual use is based in part on the March 1 Rice Stocks report released by the National Agricultural Statistics Service (NASS) on March 30.  NASS reported all rice stocks on a rough-equivalent basis at 112.9 million cwt (rough-equivalent basis), slightly higher than expected, and down 13 percent from a year earlier.  Additionally, lower projected seed use of rice in 2012 and a downward trend in the brewers’ use of rice also supported a decrease in the domestic and residual use of rice.

Global 2011/12 rice production and consumption are lowered from a month ago, while trade and ending stocks are increased.  World rice production is reduced 1.7 million tons to 463.7 million tons, still a record, largely due to lower projections for Burma, Colombia, Egypt, and Indonesia, which are partially offset by increased projections for Bangladesh, Thailand, and Vietnam.  Global consumption is reduced 4.1 million tons to 458.8 million, still a record, largely due to reductions for Burma, Egypt, India, Pakistan, and Thailand, partially offset by increases for China, EU-27, and Iran.  Forecast global exports for 2011/12 are raised 0.8 million tons to 33.9 million tons, down nearly a million tons from record 2010/11.  Projected imports are raised for China, Egypt, EU-27, and Indonesia.  Forecast exports are raised for India, Vietnam, and the United States, and lowered for Burma, China, and EU-27.  Global ending stocks are projected at 103.3 million tons, up nearly 3.0 million tons from last month, an increase of almost 5.0 million tons from 2010/11, and the largest since 2001/02.  Burma, Indonesia, EU-27, Pakistan, the Philippines, and Thailand account for the bulk of the upward revision in global ending stocks.

OILSEEDS:  U.S. soybean exports for 2011/12 are increased 15 million bushels this month to 1.29 billion.  The increase partly offsets reduced export prospects for South America resulting from drought-reduced soybean crops.  The U.S. soybean crush is raised 15 million bushels to 1.63 billion due to stronger-than-expected domestic soybean meal disappearance.  Soybean oil balance sheet adjustments include increased production, reduced food use, and increased use for methyl ester production reflecting the most recent data published by the Environmental Protection Agency (EPA).  Seed use is lowered to reflect plantings for 2012 reported in the March 30 Prospective Plantings report.  Residual use is reduced based on indications from the March 30 Grain Stocks report.  U.S. soybean ending stocks are projected at 250 million bushels, down 25 million from last month.

The cattle price for 2012 is lowered from last month based on weaker forecast second-quarter prices.  The 2012 hog price is lowered based on revised first-quarter prices and a slightly weaker forecast for prices over the middle quarters.  Broiler and turkey price forecasts are raised as current prices remain strong.  Egg price forecasts are raised on stronger expected midyear prices.

The milk production forecast for 2012 is raised on increased milk cow numbers and gains in milk per cow.  The skim solids import forecast is raised.  The fat-basis export forecast is reduced on lower butter exports, but skim solids exports are forecast higher on stronger nonfat dry milk (NDM) sales.   Ending stock forecasts are raised on both a fat and skim-solids basis.

With higher forecast 2012 milk production and weaker than expected product demand, price forecasts for cheese, butter, NDM, and whey are lowered.  As a result, both Class III and Class IV price forecasts are reduced from last month.  The all milk price for 2012 is lowered to $17.25-$17.75 per cwt.

COTTON:  This month’s 2011/12 U.S. cotton supply and demand estimates include lower production and higher exports, resulting in a decrease of 500,000 bales in forecast ending stocks.  Production is reduced 119,000 bales based on USDA’s Cotton Ginnings report, released March 23, 2012, while exports are raised 400,000 bales, reflecting very strong shipments in recent weeks.  Domestic mill use is unchanged.  Ending stocks are now forecast at 3.4 million bales, equivalent to an ending stocks-to-use ratio of 23 percent.  The forecast range for the average price received by producers of 89 to 93 cents per pound is raised 1 cent on the lower end.

The forecast for 2011/12 world cotton ending stocks is raised sharply this month, due partly to historical adjustments for India that increase beginning stocks by 3.25 million bales and ending stocks by 1.6 million bales.  Analysis of India’s reported exports for the months of August-December 2011 indicates that stocks were significantly higher on August 1, 2011, than estimated previously (see http://www.fas.usda.gov/psdonline/circulars/cotton.pdf for further details).  In addition, the government of China’s accumulation of cotton in the national reserve is constraining free supplies, thereby boosting its imports while limiting consumption. As a result, China’s stocks are raised 3 million bales to 23.1 million, a level that assumes minimal release of reserve stocks before the end of the marketing year on July 31.  China’s forecast ending stocks now account for 35 percent of world stocks.

World production for 2011/12 is reduced about 500,000 bales, as reductions for India, the United States, and others are partially offset by increases for Pakistan and Sudan.  World consumption is reduced 1.0 million bales, due to the reduction for China, and is now estimated at 6 percent below 2010/11.  Adjustments to world trade reflect a 2.0-million-bale increase in China’s imports to a record 20.5 million, combined with increases for Malaysia, Indonesia, and Vietnam, partially offset by a decrease for Pakistan.  Exports are raised for India, the United States, Pakistan, and Brazil. 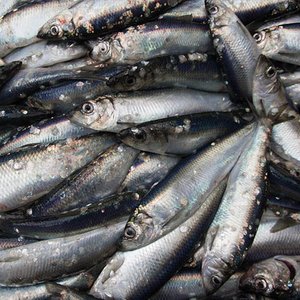