The global seafood trade rebounded strongly in 2021, driven by growing demand for high-value seafood in the US, EU, and China, according to Rabobank.

Rabobank’s recently published 2021 World Seafood Map shows that the global seafood trade rebounded strongly in 2021, driven by growing demand for high-value seafood in the US, EU, and China.

This rising demand for fishery and aquaculture products has positioned seafood as the most traded animal protein, with an estimated trade value of USD 164 billion in 2021 and a 2.44% CAGR (2011-2021). Nearly half of that trade flowed to the EU, the U.S., and China, whose combined imports in 2021 surpassed USD 80 billion.

“Developing countries play a major role in seafood exports, accounting for seven of the top 10 exporters, and developed countries are increasingly reliant on developing nations for imports of high-value species, especially shrimp from India and Ecuador and salmonids from Chile,” said Novel Sharma, seafood analyst at Rabobank.

Since 2013, the winners of the global seafood trade have been high-value species, such as shrimp and salmonids, and the pandemic strengthened this trend. “During the pandemic, we saw higher-value proteins such as beef, shrimp, and salmonids outperform other proteins, with year-on-year growth in the trade value of 16%, 17%, and 20%, respectively,” said Gorjan Nikolik, senior seafood analyst at Rabobank. “We are also seeing unprecedented high prices for many seafood species due to challenges in international trade such as rising freight and energy costs and continued lockdowns in China. However, recent data suggests the impact on seafood demand may become material, especially if a recessionary environment develops in the second half of 2022 or 2023. This could affect seafood market prices and the value of trade flows.”

In the coming years, the authors expect sustainability and demand for healthful and premium species to continue driving trade volumes of high-value seafood. Exporters, such as India and Ecuador, are well positioned to capitalize on emerging trends and close the gap in the exporter rankings. 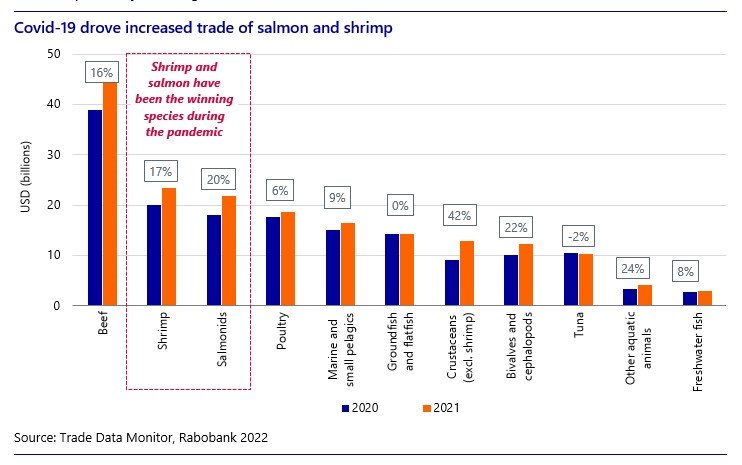 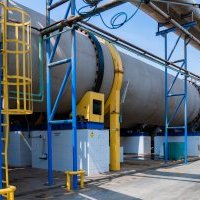 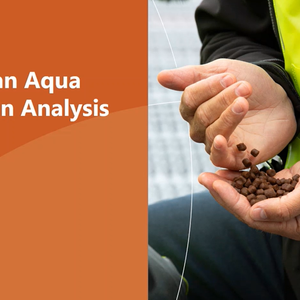