BioMar is one of ten collaborative partners to join the end-to-end value chain wide consortium in the React-First project that aims to convert carbon dioxide from industrial emissions into high-value proteins.

BioMar is one of ten collaborative partners to join the end-to-end value chain wide consortium in the React-First project. It is led by carbon recycling biotechnology company Deep Branch, which has pioneered a process that uses microbes to convert carbon dioxide from industrial emissions and turns them into high-value proteins.

“What is fascinating for BioMar beyond the potential of a new high-performing novel ingredient is the potential from this technology to capture a tangible reduction in upstream CO2 emissions and create real value for our customers through industrial synergy,” said Roger Hendry, Global Manufacturing & Technology director, BioMar Group.

Aquaculture is expected to double production by 2050, however, to achieve this we need aquaculture feeds with minimal environmental impact. The React-First project is the first step towards the commercial development of a new potentially game-changing protein source, Proton, that used new technology to capture waste CO2 and created high-value sustainable protein suitable for the aquaculture industry.

Using microbes to convert CO2 from industrial emissions into a new type of single-cell protein, called Proton, Deep Branch has developed a low carbon animal feed with a nutritional profile that is comparable with fishmeal, the gold-standard protein source in aquafeeds. However, unlike fishmeal, Proton can be produced year-round, reducing the impact of any seasonal fluctuations in price or yield.

BioMar will be involved in the production of trial feeds and testing of this high potential raw material, focusing on sustainability, performance, digestibility and other parameters essential for fish health and growth. “At BioMar we are constantly seeking innovative raw materials that don’t compete with human food production and nutrients from byproducts that minimize waste. We are excited to be part of this project to see how Proton will perform in aquaculture feed,” concluded Paddy Campbell, VP Salmon at BioMar Group.

The React-First project from BioMar Group on Vimeo. 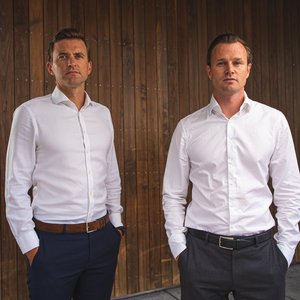 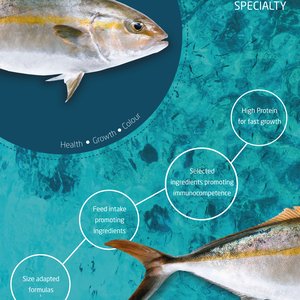