A study found that replacing marine oils with alternative algal-based oil is possible during low-temperature times.

Gilthead seabream still challenges fish farmers when winter months arrive. The species is affected by the low temperatures so fish drastically reduce feed intake and even stop feeding below 13°C.

Several nutritional strategies have been developed to maintain fish growth under this adverse condition, such as the use of diets based on high levels of marine ingredients (40% fishmeal), the addition of additives such as betaine and taurine, as well as supplements such as krill meal with high levels of phospholipids.

At the XVIII Aquaculture National Congress that has recently taken place in Spain, Rocio Robles, managing director of Testing Blue, a company focused on fish nutrition, presented the effects of marine and terrestrial phospholipid supplementation together with a cholesterol supplementation in seabream.

Considering that both terrestrial and marine phospholipids have been used to improve farmed fish performance, the company explored their use to replace marine-based ingredients aimed to improve feed sustainability, and, at the same time, ensure growth and fish welfare during cold months.

A hundred and sixty-two seabreams from the same batch with an initial average weight of 277 grams were stocked in a recirculation system (RAS) located at the facilities of Testing Blue in Spain.

The fish were hand-fed twice per day, six days a week. Feeding was done to apparent visual satiety. Growth, daily feed intake, feed conversion ratio, and condition index have been evaluated during the trial.

At the end of the trial, somatic indexes were calculated and liver and intestine samples for histological analysis and plasma for biochemical analysis were collected. Moreover, the tissue electrical resistance of the intestine as well as the possible improvement in the electrogenic transport of amino acids in this organ were evaluated using electrophysiological ex vivo techniques.

No significant differences were found between the treatments in terms of specific growth rate, feed conversion, somatic indices, and liver histopathological analysis. The low temperature affected the feed intake and, therefore, growth in all experimental groups.

Results suggest that gilthead seabream can be safely farmed at low temperatures using alternative ingredients such as algae-based oil to replace fish oil. 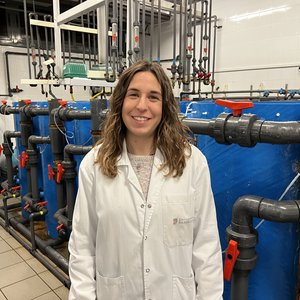 Olive extract to be a beneficial feed additive in gilthead seabream 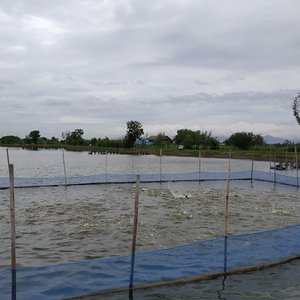