Olive extract to be a beneficial feed additive in gilthead seabream

A trial found that juveniles fed on a high-fat plant-based diet showed both reduced fatty acids uptake and oxidation in the liver as well as improved anabolic condition when hydroxytyrosol was added to the diet.

Researchers from the University of Barcelona have partnered with the Skretting Aquaculture Research Center to evaluate the effects of the inclusion of a polyphenolic compound that can be found in olive oil and other olive byproducts in gilthead seabream juveniles.

The inclusion of plant-based ingredients in aquafeed formulations is an increasing trend to replace traditional fishmeal and fish oil and the use of phytocompounds as additives in functional diets has become a matter of interest for feed producers.

Among phytocompounds, hydroxytyrosol (HT) has proven effective in mammals as an antioxidant, anti-inflammatory, and anti-obesogenic. Furthermore, as Sara Balbuena-Pecino explained at the XVIII National Congress of Aquaculture in Spain, an in vitro experiment carried out with rainbow trout adipocytes showed a reduction in lipid production when treated with HT.

Aimed to determine if dietary HT can be anti-obesogenic in fish, the researchers, supported by Skretting, included Oliphenol’s HIDROX® extract from olive juice in a high-fat diet (24% lipids) reaching the final concentration of 0.52 grams of hydroxytyrosol (HT) per kg of feed with 23 MJ/kg of digestible energy, with rapeseed oil accounting for 50% of the total oils.

A diet without olive extract was also formulated obtaining two experimental diets (with or without the extract) which were administered to 80-gram gilthead seabream juveniles at a standard (3% of total biomass) or a restricted dose (40% daily reduction).

The fish used in the trials were previously acclimated for a month and fed on the experimental diet for a week before starting the experiment. Plasma values of IGF-1, glucose, and triglycerides were determined as well as expression of growth and lipid metabolism-related genes were analyzed in the liver, white muscle, bone, and adipose tissue.

Regarding IGF-1 plasma levels, concentrations were higher in fish fed the diet containing the extract suggesting an increased anabolic condition. These animals also exhibited higher expression of a gene that plays a crucial role in myogenesis, showing that HT can enhance somatic growth regulation. No significant differences in triglyceride levels were observed in plasma. Analyses at both protein and transcriptional levels performed in the liver showed a reduction in both fatty acid uptake and oxidation when fish were fed on the HT diet.

As highlighted by Balbuena-Pecino, these results support the hypothesis of the possible anti-obesogenic potential of this extract and would postulate it as a good candidate for inclusion as an additive in functional plant-based fish diets, as it could be beneficial in modulating fish metabolism.

Finally, based on the IGF-1 results obtained in plasma, the researcher explained that a longer trial with younger fish could have shown better and more significant biometric results in gilthead seabream fed on the HT-enriched high-lipidic diet.

Balbuena-Pecino's contribution to the congress was awarded by Skretting as the best presentation on Food and Nutrition. 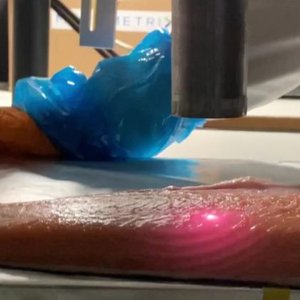 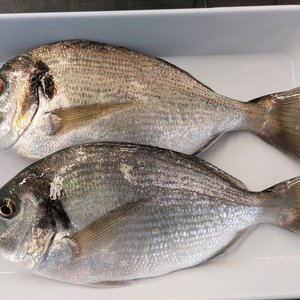