Operating revenues generated by Canada's aquaculture industry rebounded to an all-time high in 2005, in the wake of increased production and exports

Operating revenues generated by Canada's aquaculture industry rebounded to an all-time high in 2005, in the wake of increased production and exports, official results from Statistics Canada reveal.

The industry reported record revenues of $752.6 million, up 11.0% from 2004. This increase ended two consecutive years of declines.

Finfish sales, which accounted for just over 88% of total operating revenues, increased 12.3% to $663.0 million. This growth resulted from a 40.5% increase in the value of salmon production, which dominates the industry.

The value of aquaculture exports surged 22.0% to $514.6 million. The most significant contributor to this increase was a 25.2% jump in the value of fresh salmon exported to the United States, Canada's most important market.

Higher salmon production in British Columbia resulted in a 14.5% jump in finfish revenues to $331.1 million. In New Brunswick, production remained stable, but sales rose 6.6% to $258.0 million.

Revenue from molluscs increased 2.4% to $68.8 million. Sales grew in most provinces, except Prince Edward Island, which accounts for 39.2% of mollusc sales in Canada. Revenues there dropped 10.0%.

Nationally, product expenses grew 1.7% to $543.1 million in 2005. These consist of the cost of products and services purchased from other businesses, excluding capital and labour costs.

Expenses for transportation, storage, energy and repair and maintenance for machinery increased notably in 2005. Feed costs, which account for 45.1% of all product expenses for finfish producers, increased 1.8% to $245.0 million.

The aquaculture industry produced a gross output, including sales, subsidies and inventory change of $784.6 million in 2005, up 6.7% from a year earlier.

The gross value added by the industry to the economy, the difference between gross output and total product inputs, reached $241.8 million, up 18.9% from 2004. 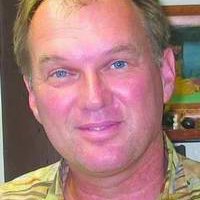 Study Affirms Seafood to be a Healthy Choice