The EU grain and oilseed chain flag a wrong approach as the proposal only focuses on cleaning up domestic supply chains from deforestation.

The European Commission released its proposal for a regulation covering certain commodities associated with deforestation, showing that Europe is serious about fighting the issue.

COCERAL, FEDIOL and FEFAC, together representing the EU grain and oilseed trade, crushing and animal feed industry, support the EU Commission’s ambition in taking a leading role in the fight against deforestation. However, the set of requirements contained in the new legislation gives priority to the objective of “cleaning up” EU supply chains from goods potentially associated with deforestation, rather than focusing on curbing the issue at the origin.

“We are concerned that the regulation would not have the desired impact in producer countries where deforestation remains a serious issue,” said Philippe Mitko, president of COCERAL. “The EU risks missing out on an opportunity for a global leadership role in ending deforestation.”

The text sets out binding due diligence obligations for operators and traders to carry out a risk assessment and mitigation measures to comply with the marketing prohibition on goods associated with deforestation. Concretely, this translates into detailed requirements for traceability, including geo-localization of the farm or plot of production, the transmission of information and physical segregation of products.

“These requirements do not reflect the reality of the market in our commodities and risk leading to the exclusion of those small players in the supply chain who cannot be singled out to mitigate the risks,” argued Jordi Costa, president of FEDIOL. “By implementing such restrictive measures, the Commission does not leave room for tailored approaches adjusted for instance to smallholders, good farmers in problematic areas or developing countries in their attempt to improve their production practices.”

The provision to benchmark producer countries according to a low, standard or high level of risk represents another area of concern, as the requirements and scrutiny increase alongside the risk profile. Asbjørn Børsting, president of FEFAC, explained that “if sourcing from countries that are considered high-risk gets too complicated, the supply chain will adjust to risk-avoidance. This will reduce the EU’s leverage to positively influence the situation in those countries and we can expect farmers and operators at origin to lose interest to cater to market demands that hold sustainability in high regard.”

COCERAL, FEDIOL and FEFAC agree on the need for the EU to take a leading role in the global fight against deforestation. “While our industries remain committed to improving their sustainable practices, we wish to re-emphasize that deforestation can only be tackled in partnership with producing countries. Practical solutions are needed to steer change on the ground, for which a set of different measures will be needed to support a gradual transformative process,” the organizations said. 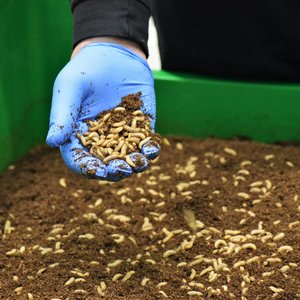 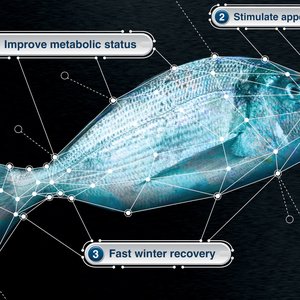 How to mitigate the effects of winter disease in seabream