The move drew immediate comment from the country’s feed associations, all of whom say they strongly support the agency’s efforts to safeguard the food supply.

The American Feed Industry Association (AFIA) said it is in the process of thoroughly examining the proposals.  “We are pleased to see that 75 days have been allotted to respond to these possible initiatives since they raise crucial issues with a potential far-reaching impact on agriculture.  Foremost of these are the overall environmental impact and potential health consequences”.

From a feed perspective, industry members could accept the prohibition of some high-risk materials in all animal feeds to even further prevent potential cross contamination both within the industry and on farms, the association says.  However, AFIA is concerned over the apparent lack of solution the revised regulations contain for dealing with dead and non-ambulatory animal removal.

In a statement, AFIA said “Besides an economic impact that appears to be beyond FDA’s published estimates and the cost of disposal, this proposal provides no incentive to pick-up dead and non-ambulatory animals, creating potential health risks.  In addition to dairy and beef farms, the potential decline in on-farm pick-up of the latter animals would also impact swine and poultry producers.  AFIA is anxious to see these serious matters addressed prior to finalization of any new regulation”.

AFIA points out that an aggressive, on-going animal surveillance program, begun by the U.S. Department of Agriculture, reinforces FDA and industry actions to protect the beef supply and is working very effectively. Over 500,000 cattle have been tested for BSE, revealing only one native born cow with the animal disease.  Furthermore, inspection records verify that the feed industry's compliance rate is one of the highest ever for a regulation administered by FDA.

“These factors verify that the precautionary measures to contain BSE in the are working and that our beef supply remains safe”, AFIA said.

AFIA said it will respond in detail to FDA’s proposed measures to add additional safeguards to the nation’s BSE rule and will continue to work with the federal government and other agricultural groups in addressing further protection of the nation’s beef supply.

The National Grain and Feed Association (NGFA) and the Pet Food Institute (PFI) joined in commending FDA for proposing to ban brain and spinal cord from cattle 30 months or older from all animal feed, calling it the “single most effective and science-based way to further reduce the already extremely low risk of BSE in North America.”

“From a science, risk-assessment, and animal and human health standpoint, it makes eminent sense to remove potential infectivity at the top of the animal feed pyramid, making ruminant-based animal protein inherently safe at its source,” the NGFA and PFI said in a joint statement.  “It also reduces or eliminates altogether the need for additional downstream regulatory controls that are burdensome and difficult and costly to enforce.”

The NGFA and PFI also stressed that FDA’s proposal presents an opportunity to continue to harmonize science-based BSE-prevention feed regulation within , and could contribute to resumption of beef trade based upon sound scientific principles of risk assessment.

The NGFA and PFI, which have a strategic alliance, previously had urged FDA to propose a ban on brain and spinal cord of cattle 30 months or older, noting that scientific evidence shows that these tissues carry upwards of 90 percent of the total infectivity in cattle nearing the clinical onset of the disease.  The two organizations also cited data from Harvard’s Center for Risk Analysis, which developed the definitive mathematical model for evaluating the impact of various BSE-prevention policy actions.  Harvard’s data show removal from the feed chain of brain and spinal cord from cattle 30 months or older provides a level of animal health protection that is equivalent to removing a more extensive list of tissues (such as the vertebral column and small intestines).  And it does so at a fraction of the economic cost, while substantially reducing environmental-disposal impacts, they said.

While both organizations indicated they would be reviewing the FDA-proposed rule in greater detail in the next several weeks, the NGFA and PFI said that defining brain and spinal cord from cattle 30 months or older as “specified risk material” to be removed from all animal feed is appropriate for the North American market.  As reasons, they cited the 99-percent-plus compliance with FDA’s existing BSE-prevention feed regulations – which the agency itself has termed “extraordinary” – and the implementation of other BSE-prevention firewalls, including bans on at-risk animal tissues from countries that have experienced BSE.  In this regard, they also noted the findings of the enhanced BSE surveillance and testing program being conducted by the U.S. Department of Agriculture’s Animal and Plant Health Inspection Service, which as of Oct. 2 has tested more than 484,618 higher-risk cattle and detected only one native-born case of BSE.  That BSE-positive animal was born before the implemented its BSE-prevention feed regulations.

The NGFA and PFI also stressed that human health already has been protected by actions previously implemented by USDA and FDA.  Those actions include a ban on all SRMs from human food, dietary supplements and cosmetics, as well as prohibitions on certain slaughter-stunning practices.

The NGFA and PFI reiterated their support for the continued use of animal proteins – including ruminant-derived material – as safe, nutritious and wholesome feed ingredients for species for which they are legally approved, and as an environmentally and economically sound practice.

The NGFA and PFI previously had urged FDA to reject other measures that it had considered earlier because they would have minimal, if any, impact on further reducing BSE risk and would be infeasible, costly and/or extremely difficult to enforce.  These included such concepts as requiring feed mills that manufacture feed for multiple species, including ruminants, to use dedicated plants, equipment, production lines and transportation if they handle mammalian-based feed ingredients prohibited from being fed to cattle or other ruminants.  While the NGFA has recommended dedicated facilities as a voluntary best-management practice for feed mills, it noted that it is impractical for some facilities, which have chosen instead to use the clean-out procedures authorized by FDA under its 1997 BSE-prevention feed rule.  FDA also earlier had considered banning the use of restaurant plate waste and poultry litter feeding to ruminants.

Both PFI and the NGFA also reiterated their strong support for government-based inspection and enforcement of FDA’s BSE-prevention feed regulations.  In this regard, they said they do not support the government requiring the use of – or relying in lieu of government oversight upon – non-governmental, third-party certification of regulated facilities or feed products for compliance with the BSE-prevention feed rule. 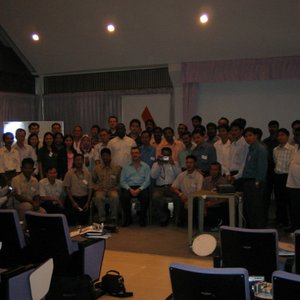