Finish researchers produce protein from sawdust to be used in aquafeeds

The Natural Resources Institute Finland (Luke) has produced single-cell proteins from sawdust that can be used to produce fish feed.

The MonoCell project of the Natural Resources Institute Finland (Luke) has produced single-cell proteins from sawdust that can be used to produce fish feed.

Sawmills in Finland produce 3.3 million cubic meters of sawdust every year. The majority of sawdust is used in the production of pulp and energy, while a significant volume remains unused and is regarded as hazardous waste at many sawmills.

In the process developed in the MonoCell project, sugars found in sawdust are split so that a single-cell organism, in this case yeast, can use the sugar as nutrition. Conditions were adjusted so that the process mainly produces proteins instead of ethanol.

“I’m very happy that as a result of Luke’s multidisciplinary cooperation, we now have a tangible product and an entire process to produce sustainable domestic proteins,” said Risto Korpinen, Luke’s researcher, who heads the project.

The production of single-cell proteins could be integrated, for example, with the operations of pulp mills. The lignin found in sawdust can’t be used in the production of proteins, but it could be used to produce the energy required by the process.

Korpinen said that wood-based proteins could be used as fish feed, which requires large amounts of high-quality proteins. This innovation would increase the protein self-sufficiency of feed and also reduce the field area required for the production of fish feed. “In Finland, supplementary proteins imported from other countries, such as soy, are used in large quantities in Finnish fish feed. The fish industry is lacking a sustainable domestic option. In other countries, wild-caught fish are also used as fish feed, which has pushed global fish stocks to the verge of collapse,” said Korpinen.

Next, the MonoCell project will identify the amino acid composition of proteins and, in a potential future project, feed will be produced from proteins for testing in fish farming. Furthermore, Luke is running other projects to study the use of new sustainable sources of proteins in fish feed. 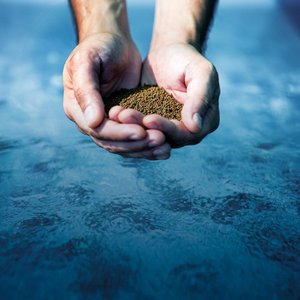 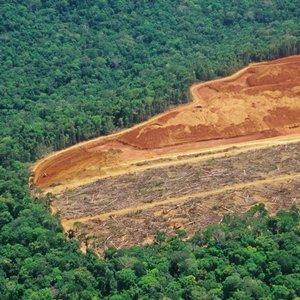