At a time when the DIV1 virus is decimating shrimp farms in China, there is some good news that a new “fish-free” feed formulation holds promise for boosting immune health in Pacific white shrimp.

In a related study, the team substituted fishmeal with blends of soybean meal, soy protein concentrates and poultry by-product meals and found that fishmeal replacements do not affect the animal’s growth performance and that complete replacement of fishmeal in Pacific white shrimp is possible.

Fish farming now provides more than half of the world’s seafood. Aquaculture-raised seafood, one of the fastest-growing food sectors in the world today, is expected to fill in the supply-demand gap for high-quality, easily-digested protein as the world population expands.

As shrimp aquaculture continues to expand globally there is an urgent need to prevent emerging disease and resistant pathogens which stem from the overuse of antibiotics in shrimp farming. The chemicals and antibiotics used to prevent disease in shrimp farms can pollute groundwater and coastal estuaries, which provide the nursery grounds for many marine organisms.

Feeding forage fish to aquaculture-raised animals presents a sustainability issue because of its reliance as a major building block of the food chain for seafood. A recent study estimated the global economic benefit of forage fish to be $18.7 billion per year, over three times their direct catch value. Overfishing and disappearance of this building block would result in a collapse of higher trophic species that depend on forage fish, which would have a ripple effect on many commercial fisheries, including salmon, cod and tuna as well as many ocean tourism-based economies. These fish also sustain seabirds and marine mammals such as whales, seals, and dolphins. If the fish at the center of the ocean food chain disappear, so will the life that depends on them.

In this context, the F3 Challenge launched the Carnivore Edition, open to companies or teams that produce and sell fish-free feed for farm-raised carnivorous species. A $35,000 prize will be awarded in each of three categories—salmonid, shrimp, and other carnivorous species—to the contestant that produces and sells the most feed made without using wild-caught fish or any marine-animal ingredient. Registration is still open. 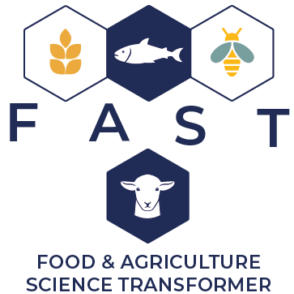 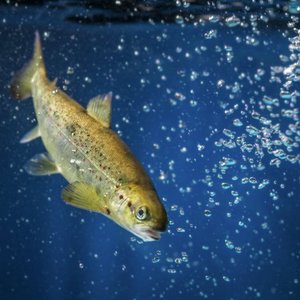