Fish traits can be influenced by feeds

New research shows how epigenetics may be highly relevant to the aquaculture industry.

Researchers from the Norwegian Institute of Marine Research investigated whether the phenotypes of fish are influenced epigenetically by the feed through a series of trials.

Researchers found that the experimental group had lighter-colored livers than the control group with liver cells with more fat, which is associated with poor health. Moreover, genes involved in fat regulation were used differently by the two groups. Thousands of tags on the offspring’s DNA had been changed by the quantity of vitamin B in the broodstock feed.

This was the first result to verify that fish feed can affect the health through epigenetics of fish offspring, either through changes in inherited tags on DNA or through the nutrients allocated in the yolk sac. They indicate that it’s possible to epigenetically control the phenotype of fish, ensuring the parents’ feed doesn’t become an old habit that dies hard in their offspring.

The first question was whether the tags and genes used were influenced by the ingredients in the feed. It turned out that the micronutrients in the feed can directly affect the tags in a dose-dependent manner. This was particularly true for genes that play a key role in fat regulation.

The third question was whether the timing of spawning in salmon could affect their offspring. Preliminary results show that micronutrient levels in eggs varied depending on the timing of the spawning season.

Is there epigenetic inheritance from the father?

In several model organisms, it has been found that the inherited tags of the father can also be passed on to offspring. Researchers have analyzed whether the broodstock father’s nutrition can affect the epigenetic tags in the tissue containing the DNA that will be passed on to the next generation.

Results showed that the tags on DNA in gonadal tissue are also highly sensitive to the broodstock father’s nutrition. It is not yet known whether these tags are passed on to the next generation, but based on research involving other model organisms, researchers expect it to happen.

“It is clear that epigenetic research is of great relevance to the aquaculture industry. Amongst other things, it can uncover how fish farmers can best adapt their fish to live in a cage by adjusting the inherited tags so that the old habits of their broodstock mothers and/or fathers don’t die hard in the offspring,” researchers concluded. 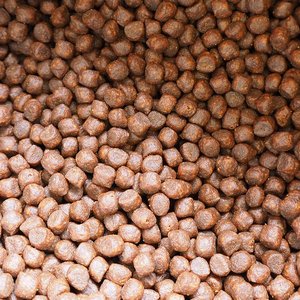 Cargill to include algae oil in all feeds in Norway 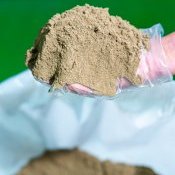 IFFO joins the Global Feed LCA Institute as a member