Domca has developed a functional additive that has shown promising results in the prevention of several diseases in salmon and European seabass and sea bream. The product is enriched with stable sulfur compounds from garlic and onions that have antimicrobial, anti-inflammatory effects and probiotic activity.

Domca, a Spanish company that develops, manufactures and markets products for the agri-food industry, has developed a functional additive that has shown promising results in the prevention of several diseases in salmon and European seabass and sea bream. The product is enriched with stable sulfur compounds from garlic and onions that have antimicrobial, anti-inflammatory effects, and depending on the dose, probiotic activity.

One of the targeted species is salmon. Juan Alfaro, PhD in Biology and representative of the Domca Chile, said to local news that the development of this product began many years ago when the company detected the antimicrobial effects of garlic and onions.

“Under the frame of a large international project, the company separated almost all the chemical compounds that contained garlic, onion and other alliaceae, identifying, among them, the organosulfurized compounds which in vitro had a potent antibacterial, antifungal and antiparasitic effect,” said Alfaro. The company tested the product as a feed additive in several livestock species and found a positive effect on the intestinal microbiota inhibiting the growth of pathogenic bacteria and allowing the proliferation of beneficial bacteria (Lactobacillus and Bifidobacteria).

The company tested the product in salmon in Chile against Piscirickettsia salmonis. “In in vitro studies, we observed the complete elimination of SRS in infected salmon cells. In vivo studies conducted in all stages of salmon showed very good growth and conversion rates and a 35-60% increase in the survival rate of challenged fish against various bacterial strains. Finally, there has also been an 80% decrease in the production of important pro-inflammatory cytokines that are harmful to the animal,” said Alfaro.

Additionally, Alfaro told Aquafeed.com that the company tested the product in other fish species such as Oncorhynchus mykiss, Sparus aurata, Dicentrarchus labrax or Oreochromis spp. and found positive effects on the branchial parasite Sparicotyle spp, against AGD and against multi-resistant bacteria isolated from humans such as Pseudomonas aeruginosa or Staphylococcus aureus.

The company is testing these additives in nurseries of European seabass and sea bream in partnership with Fish Farms del Mediterráneo SL, in San Pedro del Pinatar, Spain. A large field trial has been carried out with more than 4 million fish (seabass and sea bream) fed on a diet that includes the additive and studying its effect specifically against the parasite, Sparicotyle chrysophrii. It parasites the gills of sea bream and can cause serious economic losses in Mediterranean farms since they produce anemia, weight loss, hypoxia and mortality.

The results obtained are being analyzed, but José Luis Sáez Martínez, technical director and production manager at DOMCA, stated that "we have been able to verify how with a couple of applications of this product in critical moments of the parasite, May and July, which are basically associated with an increase in the sea temperature, we have been able to efficiently control the infestation in sea bream and seabass almost entirely. 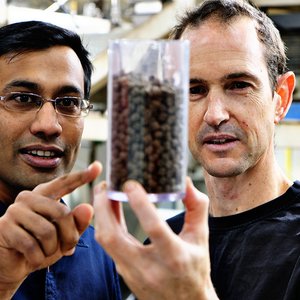 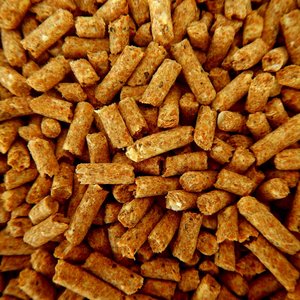