French researchers established a link between global warming and an increased risk of antimicrobial resistance and warned against inappropriate use of antibiotics.

Antimicrobial resistance is responsible for some 700,000 deaths each year worldwide. Concerning this phenomenon, a team of French researchers from IRD and CIRAD has raised the alarm regarding the development of antimicrobial-resistant bacteria in aquaculture, which is affecting fish production and human health worldwide. For the first time the study established a link between global warming and an increased risk of antimicrobial resistance and warned against inappropriate use of antibiotics.

Researchers examined data from more than 400 scientific articles referring to over 10,000 bacteria of aquaculture origin from 40 countries. That meta-analysis allowed them to study the effect of temperature on the mortality rate of aquatic animals infected with pathogenic bacteria commonly found in aquaculture. Then, they conducted a systematic review of the abundance of resistant bacteria found on fish farms and calculated the Multi-Antibiotic Resistance (MAR) index for 40 countries. The index is calculated by determining the ratio between the number of antibiotics to which an isolate is resistant and the total of antibiotics to which it was exposed (an index >0.2 indicates high antibiotic contamination).

Results (Fig. 1) showed high antimicrobial resistance indexes for 40 countries that account for 93% of global aquaculture production such as Indonesia (0.355) and China (0.325).

“Our results show that global warming promotes the development of pathogenic bacteria, hence disease development on fish farms,” Rodolphe Gozlan, an IRD specialist in biodiversity-health relations, said. "Global warming will, therefore, push up mortality rates on fish farms, which is likely to mean increased antibiotic use," said Miriam Reverter, a post-doctoral student at IRD, and as the study showed, antimicrobial resistance is already a reality in several countries among those that are highly vulnerable to climate change.

Researches raise the alarm about the consequences of inappropriate antibiotic use, for both the sustainability of aquaculture and human health. "Resistant bacteria in aquaculture can either spread or transmit their resistance genes to non-resistant bacteria that infect humans, thus causing diseases that are difficult to treat in both animals and humans", Samira Sarter, a microbiologist with CIRAD, explains.

"We urgently need to help producers in the global South find alternatives to treat and prevent disease on fish farms. This means encouraging research that makes use of the One Health or EcoHealth approaches, i.e. that is multi-disciplinary and multi-sector," Rodolphe Gozlan stressed. Studies have shown that certain plants are highly effective for boosting disease immunity in fish. Their use on fish farms could help reduce antibiotic use. Alongside this, researchers are also working to develop more resilient aquaculture systems based on the principles of agroecology to reduce disease rates. 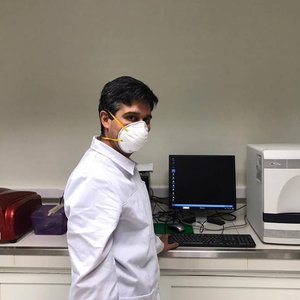 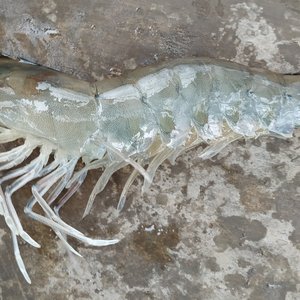 Can fishmeal and fish oil be totally replaced by non-marine ingredients in shrimp?