The Seafood Stewardship Index (SSI) provides a ranking of 30 of the most influential seafood companies in the world on their commitments, transparency and performance to meet the United Nations’ (UN) Sustainable Development Goals (SDGs).

The World Benchmarking Alliance (WBA) launched the Seafood Stewardship Index (SSI) which provides a ranking of 30 of the most influential seafood companies in the world on their commitments, transparency and performance to meet the United Nations’ (UN) Sustainable Development Goals (SDGs). This is the first detailed, independent ranking of the top companies based on sustainability actions.

It presents an overall ranking based on the weighted sum of the results in five measurement areas. These areas reflect where key industry stakeholders expect corporate action and where seafood companies could have the most impact. For each of the five measurement area’s, WBA looked at the public disclosures, commitments and performance of the companies in the benchmark. The five areas are:

Thai Union Group tops the WBA Seafood Stewardship Index 2019 ranking. The company stands out with robust environmental and social commitments, targets and activities on which it reports publicly. “Thai Union is incredibly proud to be ranked number one in the Seafood Stewardship Index, which reflects our commitment to building a more sustainable global seafood industry,” said Dr. Darian McBain, Thai Union’s Global Director of Corporate Affairs and Sustainability. “A culture that rewards transparency needs to be developed in the seafood industry, to both understand where the challenges currently are and also the solutions being put in place. Thai Union welcomes the focus that the SSI is bringing through the lens of transparency and continuous improvement.”

Ranking second and third respectively, are Mowi and Charoen Pokphand Foods, both demonstrating strengths across most measurement areas. Indeed, Mowi scored highest on transparency with a strong sustainability strategy detailing how it manages the impacts of its farming operations. Charoen Pokphand Foods, one of the largest shrimp producers in the world, demonstrates strong human rights commitments and group-level sustainability strategies and targets.

Skretting ranks 7th. “We welcome this index, as it gives the first non-biased reference to describe the efforts of these companies,” said Trygve Berg Lea, sustainability manager at Skretting. “We are also happy to be listed among the top companies on the list. Moving forward, we can identify key action areas and align those together with customers, suppliers and partners in order to drive innovation in our industry and ensure access to more sustainable, healthier and safer seafood for the world’s growing population.”

José Villalón, Nutreco corporate sustainability director, also welcomes the index. “The seafood value chain is characteristically transparent and forthcoming in its annual reporting, as shown recently in the Coller Faair Report where the top six of 60 publicly traded companies benchmarked were seafood-related companies. What we would like to see is this type of tailor-made sustainability ranking done in other center-plate protein production sectors, such as poultry, pork, beef and dairy.”

Skretting and Nutreco have long been dedicated to working towards stronger targets to meet the UN SDG agenda. To facilitate this acceleration, Skretting CEO, Therese Log Bergjord signed the UN Global Compact Sustainable Ocean Principles, committing to ensure the health and productivity of the ocean for the future. Nutreco has been a member of the UN Global Compact since 2015.

The remainder of the top ten is made up of companies based in developed countries, predominantly Europe. Those ranked 11 to 20 show a group of companies based in different geographies, including Europe, Asia and North America. Those ranked 21 to 30 are dominated by Japanese (four) and US-based (three) companies. Half of the companies in this section are privately owned, generally displaying less public disclosure of company policies and operations. 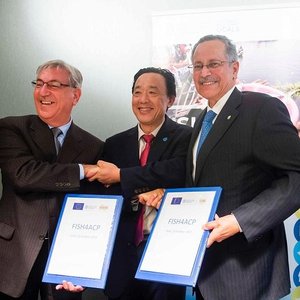 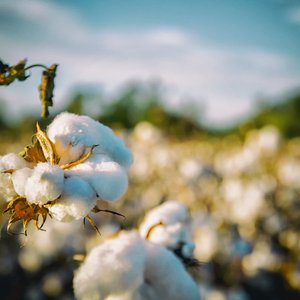