Lerøy, Mowi, and Cermaq cancel MAB acquisitions and investments in the country after the 40% resource tax proposal on aquaculture.

The Norwegian government’s proposal to introduce a rent tax on aquaculture from January is triggering companies to respond by canceling their maximum allowable biomass (MAB) acquisitions and freezing their investments in the country.

The company said that increasing the tax rate from 22% to 62% creates unreasonable framework conditions for the industry and all major new investments in the Lerøy Seafood Group’s value chain in Norway will be unresolved until the decision of the Storting, the Norwegian parliament.

Lerøy has decided to cancel the purchase of 614 tonnes of MAB under the so-called traffic light system at a total value of NOK 123 million (USD 11.8 million). Furthermore, the board of directors has today decided to halt the NOK 420 million (USD 40 million) investment already underway to increase processing capacity at Skjervøy in Troms.

“Norway's aquaculture industry is something as unique as a globally competitive form of food production that is sustainable both from an environmental/climate perspective and financially. Norway needs to step up, not least in these difficult times, and continue to facilitate the production of food for the world's population. In recent decades, this decentralized district-based industry has built a unique value chain based on expertise and willingness to take risks. This value chain has significant potential for further development, but then the government needs to work together with the industry and provide predictable framework conditions. Introducing a resource rent tax will halt the development of the industry's value chain and hence reduce all its direct and indirect ripple effects along the coast,” said Henning Beltestad, Lerøy’s CEO.

Mowi is canceling its acquisition of 914 tonnes of MAB for a total value of NOK 183 million (USD 17.5 million) after the government's tax proposal. The company stated that a tax rate of 62% can no longer justify the purchase price.

Mowi, which respectfully advises the government to reconsider its resource tax proposal, considered that the new tax will severely damage the investments planned along the Norwegian coast, leading to less employment and withdrawing funds away from coastal communities.

The company, which is not bound by geography, since it can operate anywhere close to its major markets, stated that if the proposal is approved then the Norwegian aquaculture industry faces the greatest setback in its 50-year history, and over time Norway stands to lose its leading position within aquaculture to other countries.

Cermaq will freeze investments in the country

Cermaq, which has invested more than NOK 5 billion (USD 477 million) in the two farming regions in Nordland and Finnmark since 2016, had the intention of investing a similar amount in the coming years but, considering the new tax proposal, the company has decided to pause their operations.

“We will wait for more clear understanding of the announcement of last week and the final proposal for the resource rent tax and associated regulations,” said Steven Rafferty, CEO at Cermaq.

“As a major employer in these communities, we want to contribute to growth. We planned a new hatchery in Hasvik municipality in Finnmark, creating 30 new jobs, but that project is now on hold,” said Rafferty.

“There is little doubt the current resource tax proposal will lead to less investment in Norway and more outside of the country. The new regulations if implemented would severely damage the position of Norway as a global leader. After many years working in the global salmon industry, I have referred to Norway as a role model for other salmon countries to follow. This cannot be the case going forward if the proposal is mandated. There are many details of the proposal that will impact Norway’s competitive position as a front running salmon region negatively. It is a pity that a consultation process could not have taken place prior to the announcement of the new tax,” concluded Rafferty. 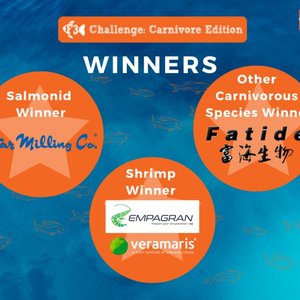