More than 25 major retailers and seafood companies and Sustainable Fisheries Partnership (SFP) urged the governments of China, India, Indonesia, Thailand and Vietnam to take action in addressing the continued outbreak and emergence of new diseases in shrimp farms.

More than 25 major retailers and seafood companies and Sustainable Fisheries Partnership (SFP) in a letter urged the governments of China, India, Indonesia, Thailand and Vietnam to take increased and immediate action to address the continued outbreak and emergence of new diseases in shrimp farms. The five countries are the world’s top producers of shrimp.

Given the major supply chain disruptions and massive economic losses caused by diseases that spread rapidly across Asia in 2012 and 2013, the companies strongly appealed to governments to get ahead of the situation this time. All major shrimp producing countries have already committed to following international guidelines for necessary controls issued by the U.N. Food and Agriculture Organization (FAO) and the World Animal Health Organization (OIE).

“Acting now will help to prevent a repeat of the chronic economic impacts associated with established diseases and ultimately lead to a more resilient and robust shrimp industry,” wrote the companies in the letter organized by SFP. “The economic costs of investing in good health control systems, best management practices in farms and hatcheries, epidemiological analysis, and emergency response planning is minimal when compared to the tens of billions of dollars that diseases cost the industry every year,” they wrote.

The risks to shrimp farms are also magnified by the COVID-19 pandemic. International supplies of good quality broodstock to hatcheries have been limited by transportation disruptions. As the international market for shrimp picks up, increased demand for juvenile shrimp may overshadow proper inspection and controls. There is no direct danger to consumers from these diseases, but the loss of income impacts millions of farmers’ livelihoods.

More than five million tons of shrimp are farmed around the world. Shrimp is America’s favorite seafood and is consistently among the top five seafood imports in Europe. The FAO and WorldFish estimate that five million people are employed directly on shrimp farms and an additional five million in related supply chains. 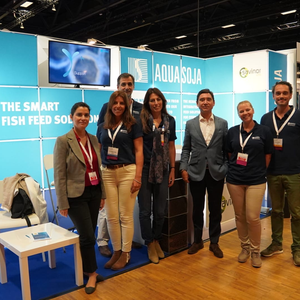