The diet, that showed 58% higher weight gain percentages and a higher amount of DHA in tilapia filets than those fed on conventional feeds, will be tested in rainbow trout.

After six years of research, a team of scientists at the University of California, Santa Cruz has developed a new cost-effective aquaculture feed that eliminates conventional fishmeal and fish oil ingredients while also providing better fish weight gain and higher nutritional value in the filet for humans. The new fish-free feed is the first to demonstrate across-the-board gains in sustainability, performance, economic viability and human health.

“This is a potential game-changer for shifting aquaculture to more sustainable practices,” said Pallab Sarker, lead author of a Scientific Reports article. Sarker, an associate research professor in environmental studies, works alongside Professor Anne Kapuscinski to co-lead an ecological aquaculture research facility at the UCSC Farm. Their lab focuses on integrating circular economy concepts into aquatic food systems, particularly as a means of breaking aquaculture's reliance on wild-caught forage fish for feed ingredients.

The new fish-free feed formula was then tested against a conventional feed and a few other blends in an experiment where 480 Nile tilapia were cultivated for six months. By the end of the trial, tilapia on the fish-free diet showed 58% higher weight gain percentages, compared to those on conventional feed. Tilapia on the fish-free diet also had the highest amount of heart-healthy DHA omega-3 fatty acids in their filets, which is a key improvement over other feed formulations currently available on the market.

"You can develop fish-free feed using soy and corn and other ingredients, but the problem is, you compromise the fatty acid profile of the filet,” Sarker explained. “Terrestrial vegetable oils lack long-chain omega-3 fatty acids, but from the combination of these microalgae, we found a higher amount of deposition from DHA into tilapia filets, which is good for human health.”

Feed produced using agricultural crops can also have an imbalance of limiting amino acids and lower palatability and digestibility, resulting in reduced fish health. But another improvement the new microalgae-based formula offers over crop-derived ingredients is that it reduces the myriad of sustainability issues associated with producing agricultural products for animal feed, rather than direct human consumption. And the team's research shows promising results for the potential cost-competitiveness of their new formula, too.

Despite some of the ingredients in the fish-free feed being slightly more expensive compared to conventional feed, the tilapia on the fish-free diet grew so efficiently that the production cost per kilogram of tilapia was actually lower for the new formula.

That outcome, in particular, is likely to pique interest across the aquaculture industry, since tilapia is one of the most popular farmed fish in the world. The insights from this successful feed formula may have applications for other species, too. Sarker and Kapuscinski now hope to leverage what they've learned to develop fish-free aquaculture feed for rainbow trout.

If successful, those efforts would be another major milestone, since salmonids are highly valued in aquaculture and consume enormous quantities of fishmeal and fish oil. Aquaculture will need to continue expanding to support the protein demands of a growing human population, but through continued research, UC Santa Cruz scientists see an opportunity to help shape a more sustainable future in that process.

“Aquaculture is the fastest-growing food sector in the world, but it's still a young industry compared to agriculture,” Sarker said. “We have an opportunity to not make the same mistakes. This research could be a key leverage point for reforming aquaculture to ensure sustainable growth in ways that don't damage terrestrial or aquatic ecosystems.” 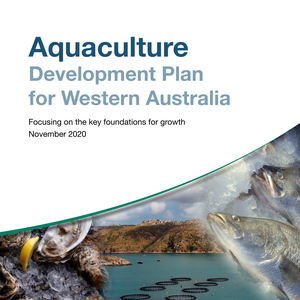 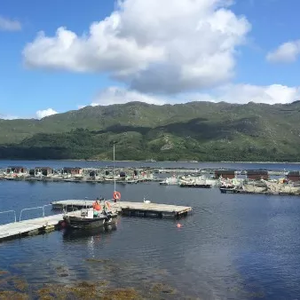 Aquaculture sustainability can be improved through collaboration with agriculture