New sources of omega-3 are safe to use in salmon

Nofima researchers tested canola oil and Schizochytrium sp. and found that both of them provide good performance, quality, composition of fatty acids and health for the salmon.

Both humans and fish require the long, marine omega-3 fatty acids EPA and DHA to maintain good health. What we receive from fish oil derived from wild fish is not enough to meet the needs of a growing population and aquaculture industry. Therefore, several sources of marine omega-3 are needed. Some omega-3 is used in health food products, some in animal feed and a large proportion in feed for farmed fish. Omega-3 levels in Norwegian farmed salmon have previously fallen and it is assumed that the lower limit has been reached. This trend can now be stopped by utilizing new sources.

Nofima scientists have tested two new sources of omega-3: canola oil that is extracted from a rapeseed plant which is genetically modified to produce the omega-3 fatty acids DHA and ALA; and Schizochytrium sp., a microalgae that is not genetically modified but naturally rich in DHA. These sources are partially available on a commercial scale.

Feeding trials using canola oil were performed in salmon both in freshwater and seawater land-based fish tanks in Norway. Canola oil was added to the feed in increasing amounts. A parallel feeding trial was performed on juvenile salmon in warmer water in Australia to test canola oil at two different growth rates. Feeding trials adding Schizochytrium to the feed were performed in salmon from 100 grams to slaughter size. Growth, composition, muscle quality and health were tested.

Results showed that both of them provide good performance, quality, composition of fatty acids and health for the salmon. The main findings include:

“We know that salmon need the fatty acids EPA and DHA in order to maintain good health. This research shows that salmon can utilize these fatty acids both from the new sources of omega-3 and from fish oil in the same way,” said Nofima’s senior scientist, Bente Ruyter.

Access to a greater volume of feed ingredients rich in omega-3 is considered one of the major challenges regarding growth in the aquaculture industry, both in Norway and internationally. “It now looks like there are solutions, but it will also be important in the future to utilize sources of omega-3 in fish as optimally as possible”, said Ruyter.

The assessment of whether oil from genetically modified rapeseed can be permitted for use in feed in Norway depends on government regulations, only then will the industry be able to decide whether to use canola oil. Knowledge gained from this project will contribute to this assessment.

The research project, New omega-3 sources in salmon feed was funded by the Norwegian Seafood Research Fund (FHF). The project was established after a joint announcement with the Research Council of Norway. 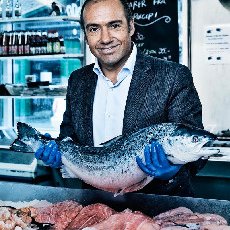 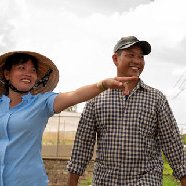