Scientists have found that the omega-3 fatty acids found in fish oil may restore nerve damage in patients suffering from diabetic neuropathy.

Scientists have found that the omega-3 fatty acids found in fish oil may restore nerve damage in patients suffering from diabetic neuropathy.

The study\'s lead investigator, Mark Yorek of the VA Medical Cantre in Iowa City, said that diabetic neuropathy is a very costly and debilitating complication diabetes and is the leading cause of foot ulcers and non-trauma-related amputations.

Fish oil is seen an attractive treatment approach because supplements are considered to be safe and could easily be translated into everyday care.
Researchers used a mouse model of diabetes to study the effect of fish oil. They found that untreated diabetic mice had diminished sense of touch in their paws that corresponded to fewer nerves in the paw\'s skin and slower transmission of signals along the nerves. The eyes of untreated diabetic mice also had fewer nerves. Though dietary fish oil did not lower glucose levels closer to healthy range, they improved nerve health in terms of density and sensory signal transmission.

Though a lot more work needs to be done, including clinical trials with human subjects, the animal studies suggest that fish oil could reverse some of the harmful effects of diabetes on the nerves, Yorek said.

The article is published in the Journal of Neurophysiology. 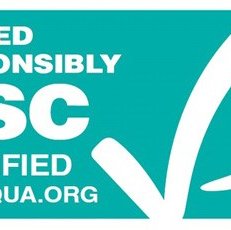