Environment Minister Trevor Mallard welcomed the passage of the Aquaculture Legislation Amendment Bill which is aimed at improving the operation and development of the aquaculture industry in New Zealand.

"The Aquaculture Legislation Amendment Bill passed by parliament today clarifies the policy intent of the aquaculture reforms by ensuring that applications for the occupation of the coastal marine area for aquaculture activities cannot be made unless they relate to aquaculture management areas in operative regional coastal plans," Trevor Mallard said.

" By correcting problems with the current law and improving operation for businesses, iwi and local government, the aquaculture industry will be better placed to grow and contribute to New Zealand’s economic growth," Trevor Mallard said.

Currently worth over $300 million to the New Zealand economy, the aquaculture industry is the fastest growing sector of New Zealand’s seafood industry, and there is an industry strategy in place for that to rise to a billion dollars by 2025.

Trevor Mallard said another bill, the Aquaculture Legislation Amendment Bill (No 2), will have its first reading in parliament later this week.

The bill will also give certainty to the invited private plan change (IPPC) process which is emerging as the preferred means for councils to progress the development of aquaculture management areas. 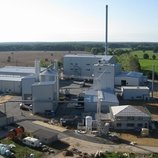