Nutreco today posted €435 million net profit in first half 2006. The result includes the book profit from the sale of Marine Harvest.

“Avian Influenza sentiment among consumers hit the results of our meat businesses in Spain and our international breeding activities. The Spanish compound feed business posted a good result, but the results in the Benelux countries were down on this time last year”

He added that various actions had been undertaken to strengthen activities in Western Europe and to achieve further cost reductions.

“With the sale of Nutreco’s 75% interest in Marine Harvest, Nutreco realised a book gain of €379 million”, Dekker said. “With this transaction, the realignment of the portfolio is completed more rapidly than expected”.

On 6 March 2006, Nutreco reached agreement with Geveran Trading on the disposal of the company’s 75% stake in Marine Harvest. The competition authorities in the various countries have cleared the transaction, with the exception of France and the United Kingdom. The UK’s competition authority is expected to give its decision on 20 December 2006. The Marine Harvest shares can be legally transferred to the new owner after the sale has been finally cleared.

Dekker said Nutreco is now concentrating on growing its core activities, including animal feed and fish feed, in promising markets in Eastern Europe, North and South America and Asia. It is looking at both organic growth and growth through acquisitions.

”Important steps in this direction have been taken in recent months, with acquisitions and alliances in Russia, China and India. New acquisitions of companies with growth prospects are currently being examined”, Dekker said.

He said Nutreco foresaw one or two major acquisitions or a number of medium to small sized takeovers in combination with an extra payment of dividend.

“Nutreco is now focusing on strategic growth backed by an optimisation of its capital structure. On 31 August 2006 we will hold an EGM to approve the proposal to pay a super dividend of €9 per share. Nutreco will also be playing an active part in the consolidation process taking place in the animal feed market of Western Europe”.

An important condition for any acquisitions that are made, was that they contribute to the creation of shareholder value, he explained. “Given Nutreco’s current market positions and the strength of the Nutreco balance sheet – a first-rate starting position has been established for realising the company’s international growth ambitions.”

This increase in sales was the compound effect of a 10.9% increase in volume and higher prices for fish feed (6.8%). Prices for the necessary raw materials in the first half of the year showed a strong increase compared with the corresponding period in 2005.

Fishmeal and fish oil account for 50–60% of the cost of sales of the fish feed products.

Sales were higher, owing to improved sales of fish feed for fish species other than farmed salmon. These sales were mainly achieved in the Mediterranean area and in Asia. The increase in sales in Asia was partly accounted for by the acquisition of the Kirin Feed fish feed activities, taken over in 2005.

The operating result on fish feed was up by 48.4% compared with 2005. This result is partly attributable to the diversification of Nutreco’s fish feed activities, enabling the company to profit from the worldwide increase in large-scale fish farming. There is also a continuous focus on innovation, cost control and optimisation of logistics. The good results of the salmon farming companies have also reduced the bad debt risk.

The main investments of the first half year of 2006 relate to investments in maintenance and optimisation of feed plants in the Netherlands and Spain, a new production facility for smolt feed in Norway and new processing and packaging lines for poultry products in Spain which had already been started in 2005.

Looking towards the whole of 2006, Nutreco is forecasting barring unforeseen circumstances:

• a better operating result on the animal feed activities than in 2005, owing to the further optimisation of Nutreco’s activities in Western Europe and the contributions from the acquisitions in Mexico, Russia, China and India;

• a gain on the sale of land in Spain, amounting to approximately €6 million; lower financing costs than in 2005 and a tax rate of approximately 15% for the whole of 2006.

Nutreco also expects to be able to take further strategic steps in the second half of the year to grow its core activities of animal feeds and fish feed.

Nutreco Holding N.V. is an international animal feed and fish feed company whose mission is to create added value in important markets on the basis of its food chain expertise. Nutreco also has a selective downstream presence in the food production chain. Nutreco’s business groups, each comprising several business units, together have approximately 75 production and processing plants in some 20 different countries and about 7,000 employees. 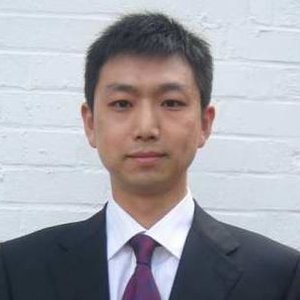 IFFO establishes a presence in China