A team of researchers, together with Biomin, tested seaweed extracts in whiteleg shrimp and found a decrease of feed contamination by fungi and a reduction of shrimp mortality by up to 50% upon a challenge with V. parahaemolyticus.

Invasive seaweeds are an increasing threat that can be strategically valorized by biotechnology, promoting economic development while contributing to ecologic remediation. Asparagopsis armata and Sargassum muticum are two such species that have been frequently reported as excellent bioactive compound producers, namely anti-bacterial and antioxidant. A team of researchers, together with Biomin, tested both algae extracts in whiteleg shrimp to assess Vibrio infections that have a severe economic impact in the Southeast Asia shrimp market.

A. armata and S. muticum were extracted in an industry-focused approach, using low amounts of ethanol and short extraction times at room temperature. Yield, in vitro antioxidant capacity by the 2,2-diphenyl−1-picrylhydrazyl radical scavenging assay and in vitro antibacterial activity against Vibrio parahaemolyticus (microdilution) were optimized using Response Surface Methodology (RSM).

Optimal extracts (one from each seaweed species) were incorporated in feed and an in vivo trial in whiteleg shrimp was performed in industrial facilities using the supplemented feed (1.5, 3.5 and 7.5 g extract per kg feed). Feed quality, along an eight-week period under regular storage conditions, and shrimp performance (40-day trial) were studied, as well as post-challenge (infection by virulent Vibrio parahaemolyticus) mortality rate and hepatopancreas condition.

The seaweed extracts did not impact shrimp performance with no significant differences in weight gain, feed conversion rate or survival. Asparagopsis armata selected extract at 7.5 g per kg feed was able to decrease feed contamination by fungi along time and reduce shrimp mortality by up to 50% upon a challenge with V. parahaemolyticus. Despite lacking statistical significance, a difference in hepatopancreas condition after the challenge was identified in shrimp fed the supplemented feed. 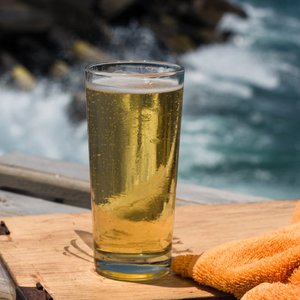 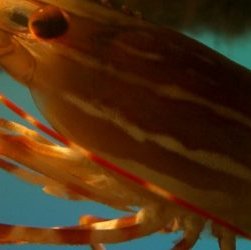