The next frontier in genetic research: under water

The next frontier in genetic research: under water
Improved international policies are needed to conserve aquatic genetic resources and improve global food security, FAO stated today at the start of the biennial meeting of the Commission on Genetic Resources for Food and Agriculture (CGRFA, 11-15 June). A lack of coherent management of the world’s fish genetic resources is becoming a serious problem, the agency warned.

"The rapid expansion of aquaculture and the overexploitation of many capture fisheries have created conditions where irresponsible use of natural resources can result in adverse environmental and social impacts, intersectoral conflicts and unsustainability," according to a paper by FAO's Fisheries and Aquaculture Department to be presented to the Commission on Wednesday. (Click here to read.)

The paper argues that a successful transition to more responsible, sustainable and productive aquaculture and capture fisheries will depend in large measure upon effective management of fish genetic resources. The CGRFA is well situated to address this need, it says.

"However, the large and increasing contributions from aquaculture to world fish supply and the problems of effectively managing capture fisheries stocks that are not well characterized genetically have not yet been recognized in terms of increased investment in fish genetic resources management policies," cautions FAO.

In the wild, fish genetic resources help determine the productivity of fish populations and their adaptability to environmental stresses such as climate change and human development.

For aquaculture, they affect the performance of farmed fish, help fish farmers satisfy consumer demands and even influence how farmed and wild fish interact in nature.

But information about aquatic genetic resources is spotty, the application of genetics in capture fisheries and aquaculture has so far been limited, and adequate mechanisms for conserving the genetic diversity of farmed fish and their wild relatives are poorly developed, according to FAO.

And even though further domestication and genetic improvement of farmed fish offer a clear route to increased productivity, many of the genetic resources through which this can be accomplished are poorly identified and described; many are also threatened.

They show that around 1 000 different marine and freshwater species are being caught in capture fisheries each year, while some 236 species of fish, invertebrates and plants are cultivated on fish farms.

While these reports provide general indicators for the state of biodiversity for major commercial fish stocks (see sidebar, right), they likely underestimate of the number of species being caught, and detailed information at the genetic level is still lacking.

"We know that aquatic environments are changing due to climate change, movement of alien species, human development and other factors, and that species will need to adapt to survive -- genetic diversity will help with the adaptation. If we're going to come up with the policies and management approaches required to respond to these challenges, we need more information, and we need to increase our capacity to use it," said Devin Bartley, a fish geneticist with FAO.

Having more detailed information on aquatic genetic resources would give capture fisheries managers a much more precise and comprehensive vision of the state of stocks under their stewardship and allow them to fine-tune seasonal closures, catch quotas and other measures.

It would also shed light on the interactions between wild and farmed fish stocks, an issue of increasing concern. In many cases, impacts on native aquatic diversity from fish that have accidentally escaped from farms, or from fish that are intentionally stocked into the wild, can not be determined because information on the genetic resources of both wild and farmed fish is simply not known.

However, such genetic information is not easy to obtain and is currently not being widely used in fishery management.

Genetics also has a key role to play in helping aquaculture meet the world's growing demand for fish.

Most of the world's marine capture fisheries are already at least fully exploited or in decline and their production levels have reached a plateau.

By 2030, an additional 40 million tonnes of fish per year will be needed to meet global demand. Aquaculture, already providing 44% of all fish eaten, is a logical and practical way to fill this need.

There are some doubts as to whether it can do that. But by paying more attention to aquatic genetic resources and responsibly breeding better fish that grow more efficiently, FAO says, aquaculture can be a major part of the solution -- while using fewer natural resources such as water or feed.

This year's session marks the first time the Commission, comprised of 167 countries and the European Union, has tackled the issue how best to manage the genetic diversity of the planet's oceans, seas, lakes, rivers, wetlands and fish farms in order to safeguard their contributions to food production.

The CGRFA is the only international body dealing with all genetic resources in agriculture, forestry and fisheries.
[Source: FAO] 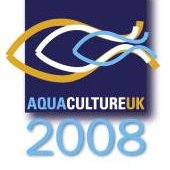 Aquaculture UK 2008 expected to be a sell-out