The competitive grant comes from the National Sea Grant Office, part of the National Oceanic and Atmospheric Administration. It is part of a major agency effort to increase domestic aquaculture production and reduce the trade deficit associated with salmon imports. According to the agency, about 90 percent of all seafood consumed in the United States is imported. Only about half of that comes from aquaculture, which puts pressure on wild stocks. Those imports add to a growing seafood trade deficit, already at $16 billion in 2017.

According to Yonathan Zohar, the chair of the UMBC Department of Marine Biotechnology and the grant’s lead principal investigator, Americans consume 500,000 tons of Atlantic salmon annually, 95 percent of which is imported, and valued at $3.4 billion. Zohar, based at Baltimore’s Institute of Marine and Environmental Technology, oversees one of the nation’s most sophisticated aquaculture research operations. He said the new grant “offers an opportunity for domestic production of Atlantic salmon to replace all of these imports. The only way to really scale that up is with land-based systems that are environmentally sustainable. This allows us to identify the bottlenecks, address the issues and develop a strategic plan to make sure this emerging Atlantic salmon aquaculture industry can be successful.”

The funding will establish a coordinated network of land-based systems raising Atlantic salmon in RAS. This effort to build these systems’ capacity and research their economic feasibility includes Sea Grant partners in Maine and Wisconsin as well as the University of Maryland Center for Environmental Science, University of Maryland Extension, Morgan State University, the USDA National Cold Water Marine Aquaculture Center, the University of Wisconsin-Stevens Point Northern Aquaculture Demonstration Facility, and the Conservation Fund’s Freshwater Institute in West Virginia. Industry partners and collaborators include Superior Fresh in Wisconsin, Whole Oceans, LLC and Nordic Aquafarms in Maine, and American Salmon in Maryland, among others.

“This research is critical in terms of promoting industry development in the United States. It’s still a very young industry here. There’s a tremendous development potential as we see it,” said Nordic Aquafarms president Erik Heim. “There’s a learning curve in this industry. This kind of research can disseminate knowledge and lower the entry barriers for new players as well as help established players grow.”

Whole Oceans’ Jennifer Fortier added, “we want to develop training programs that can help us recruit local workers and retrain skilled laborers from other industries. We look forward to collaborating with the other top-notch partners and learning from each other as we work to expand this industry.” 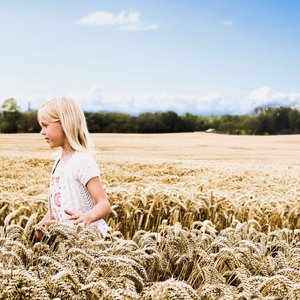