The Norwegian Food Safety Authority commissioned a fish feed monitoring program to check the status of the feed area, to provide public documentation on fish feed and to identify new potential hazards related with fish feed. The 2018 report showed a tendency of more unwanted microbiological parameters in feed and feed ingredients, as well as pesticides and mycotoxins.

The Norwegian Food Safety Authority commissioned the fish feed monitoring program, which is part of the Norwegian implementation of national and international feed legislation. The objective of this program is to monitor the status of the feed area, to provide public documentation on fish feed and to identify new potential hazards related with fish feed.

The 2018 report has been published and it summarizes a total of 133 sample analysis including 76 full feed, 9 fish meal, 11 vegetable feedstuffs, 10 vegetable oils, 10 fish oils and 17 mineral and vitamin premia. This year\'s analyzes showed a tendency for more unwanted microbiological parameters in feed and feed ingredients, as well as pesticides and mycotoxins.

Enterobacteriaceae were found in a fish meal and the level was above the upper limit value for this type of bacteria. In addition, relatively high levels of the same bacteria were recorded in a vegetable feed. Findings of Salmonella in one complete feed were also reported.

The researchers found mycotoxins in two samples of corn flour and relatively high levels of fumonisins, zearelanone and beauvericin were also detected. Many of the feed samples contained molding enniatin, but there is no limit for this.

Since fish feed increasingly includes plant-based ingredients, researchers started to test the presence of pesticides. Levels above the limit of quantification of chlorpyrifos-methyl and pirimiphos-methyl were found in many feeds and high levels of malathion in several vegetable oils. There are no maximum residue limits (MRLs) for malathion, chlorpyrifos-methyl or pirimiphos-methyl in feed or feed ingredients in the EU.

Regarding nutrient composition, vitamin C, vitamin E and vitamin K levels in the complete feed meet the requirement of farmed salmon. Low levels of some B-vitamins, particularly folic acid and cobalamine, were detected. Zinc, molybdenum, selenium and vitamin D3 were above the maximum content. 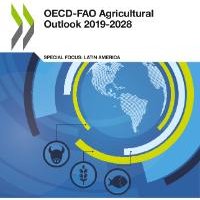