In 2020, the most prevalent mycotoxins globally were the fusarium mycotoxins DON (65%) and FUM (64%), followed by ZEN (48%), according to Biomin’s World Mycotoxin Survey.

In 2020, the most prevalent mycotoxins globally were the fusarium mycotoxins DON (65%) and FUM (64%), followed by ZEN (48%), according to Biomin’s 2020 World Mycotoxin Survey. The survey performed 96,684 analyses between January to December 2020 in 21,709 finished feed and raw commodity samples sourced from 79 countries.

Risk in North America is extreme. DON is one of the main concerns in all species in North America. It was present in 72% of corn samples and 89% of cereal samples. The average number of positives for DON in corn was quite high with 808 ppb and even higher in cereals (1,721 ppb). Corn was also affected by FUM and ZEN with averages of 2,405 ppb and 323 ppb, respectively. Dried distillers’ grains with solubles show high levels of fusarium mycotoxins. Co-contamination was high and 92% of the tested samples contained more than one mycotoxin.

Central America is at extreme risk. Nearly all (97%) corn samples tested positive for FUM at an average of 1,820 ppb and a maximum of 24,233 ppb. The byproduct corn gluten was highly affected by FUM, ZEN and DON with 100%, 75% and 69% prevalence, respectively. The average contamination is extreme for ZEN with 1,468 ppb.

The risk in this region is severe. Corn in South America is highly contaminated with FUM at 83% and an average of positives of 2,280 ppb. In wheat, DON is the main threat. It was found in 83% of the samples with an average of 1,584 ppb. Soybeans are affected by mycotoxin contamination. Most abundant was ZEN in 73% of soybean samples, followed by T-2 (51%) and DON (46%).

Risk in Europe is high to severe. The most prevalent mycotoxin is still DON, followed by ZEN and FUM. DON is the main threat for livestock, with 70% of corn samples testing positive for this mycotoxin, but cereals were also affected: DON reached a maximum concentration as high as 11,875 ppb. ZEN increased its average contamination in corn to 171 ppb.

Risks are extreme in South Asia and China and Taiwan. In Southeast Asia and East Asia, risk is severe.  FUM occurs in 96% of corn, followed by DON in 80% of the samples tested. ZEN is also a risk for animal production. It was present in 68% of the samples analyzed and a maximum of 11,786 ppb was found.

In this region, aflatoxin remains a threat for animals. In corn, aflatoxin was found as high as 2,495 ppb. In Oceania, the risk of mycotoxin contamination is moderate.

The Middle East shows severe risk, mainly due to the high abundance of fusarium toxins. DON increased its prevalence in all samples to 78%, compared to 2019 (62%). More than one mycotoxin was found in 80% of the samples tested.

In Sub-Saharan Africa, the risk is severe. The main risk is due to DON followed by FUM. In cereals, 92% of the samples were contaminated by DON with a maximum of 917 ppb. South African corn was highly contaminated with fusarium toxins. DON was the most prevalent mycotoxin, followed by FUM and ZEN. In South Africa we also tested straw samples. These samples showed high levels of ZEN, with an average of 1,664 ppb and a maximum of around 2,900 ppb detected. 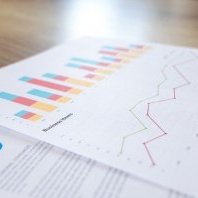