Its market is poised to gain prominence in the years ahead, according to a report.

The human population is expected to grow at a rapid pace leading into the mid-21st century. In fact, studies claim that the global population is likely to surpass 9.7 billion by 2050. In order to accommodate the growing nutrition and food needs of this expanding population, the supply of food will have to increase by nearly 25% to 70% as well.

Fish is one of the most important sources in this situation and is expected to make strong contributions towards maintaining global food supply and human nutrition. A valuable source of myriad micronutrients and nutrients, such as essential amino acids, high-quality protein, health-boosting omega-3 acids or LC-PUFA (n-3 long-chain polyunsaturated fatty acids), essential minerals such as iron, iodine, zinc, phosphorous, calcium, selenium, vitamins A, B, and D, among others, fish has rapidly established itself as a core component in various diets across the globe.

As the popularity of fish as a protein source grows, the fish protein hydrolysate market is poised to gain prominence as well in the years ahead, according to a report. Fish protein hydrolysate (FPH) refers to products derived from the breakdown of fish proteins consisting of smaller amino acids and peptides. This component is derived mainly from the treatment of fish meat or byproducts with alcalase, trypsin, pepsin, chymotrypsin, or other such enzymes, under controlled pH and temperature conditions.

Fish protein hydrolysates are available in several forms, most notably in the form of amorphous powders which are hygroscopic in nature. They contain over 81% to 93% protein, 3% to 8% ash, 1% to 8% moisture, and less than 5% of fat. FPH is manufactured predominantly through the use of either lean fish species with no commercial value, or from processing waste products, and are used extensively as emulsifiers, gelling agents, food binders, and nutritional supplements.

High amino acid content is one of the key factors promoting the benefits of FPHs in various nutritional applications, including animal feed. In aquaculture, especially, the adoption of fish protein hydrolysates is gaining immense traction, given the product’s ability to boost the metabolic system of the animals, thus protecting them from the risk of infections and diseases.

Emergence of aquaculture as a strong food production contributor

Aquaculture is one of the strongest contributors to the food production industry across the globe and is anticipated to play a major role in supporting the protein needs of an ever-growing global population. Aquaculture is reliant primarily on fishmeal from wild-harvested fish, as its main source of protein. However, this harvesting of wild fish is believed to give rise to several environmental issues, stemming from the indiscriminate use of marine pelagic fisheries which causes significant concerns on sustainability in the aquaculture domain.

These ecological considerations on the usage and the widening supply-demand gap in fishmeal have therefore triggered strong investigative efforts aimed at identifying viable and more sustainable aquafeed protein sources.

Burgeoning awareness regarding the benefits of FPH in aquafeed formulations

In light of these growing sustainability concerns, fish protein hydrolysates have emerged as an increasingly sought-after solution in aquaculture activities, given that they can be derived from byproducts and waste from marine processing operations. These seafood processing waste products can be over 60% in excess by weight of byproducts such as head, viscera, skin, row, frames, etc.

The byproducts are generally available in abundance and can be utilized extensively to create low-value products such as fertilizers, fishmeal and animal feed. The use of this protein-rich waste material provides a significant boost to sustainability in the aquaculture domain, by converting otherwise unusable materials into bioavailable, nutritious food supplements such as FPH.

Fish protein hydrolysates have been reported to possess myriad physicochemical characteristics such as emulsifying properties, high solubility, water holding and fat binding capacity, and foaming properties, among others, which can considerably enhance the palatability of the feed, as well as increase the biological nutrient uptake of the animals. Furthermore, FPH-derived peptides also demonstrate such benefits including antihypertensive, immunomodulatory, antimicrobial, antioxidant, and anticancer properties, especially through in vivo intake.

In aquaculture activities, the inclusion of peptide-rich fish protein hydrolysates in fish diets has demonstrated enhancement of growth performance, higher antioxidant activity, better nutrient utilization, and increased immune response in fish, particularly juveniles and larvae. For instance, studies conducted on red sea bream revealed that replacing low fishmeal diets of the fish with FPH resulted in a marked rise in hemoglobin, hematocrit, cholesterol, and total protein levels, alongside a considerable reduction in triglyceride and plasma glucose levels. These results, therefore, indicate that the inclusion of fish protein hydrolysates in aquafeeds can promote better absorption of hydrolyzed protein and in turn improve the general health of the fish. 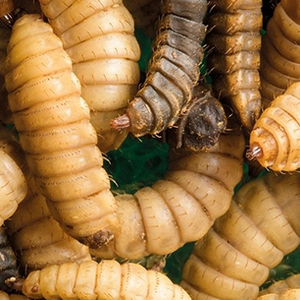 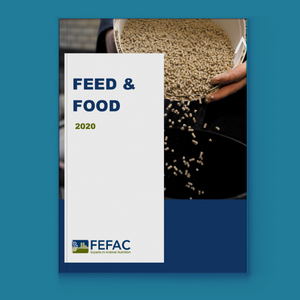