Aquaculture is potentially the largest addressable market for insect protein, but it is highly sensitive to the ratio of price and performance, according to Rabobank.

Insect-based nutrition is emerging as a whole new category in food and feed systems. It has the potential to bring new value-added propositions based on its nutritional, functional and environmental benefits. Although edible insects tick all the boxes from a nutrition, health and sustainability point of view, current consumer acceptance is still low in developed countries, for both whole and processed insect-based foods.

“However, in our view, insects have a larger potential as feed ingredient than as direct consumer food in the next decade. Aquaculture is potentially the largest addressable market for insect protein, but it is highly sensitive to the ratio of price and performance, as all feed markets are,” according to Beyhan de Jong, senior analyst – Animal Protein at Rabobank.

Decreasing costs and prices are key to increasing the demand for insect protein, particularly in aquafeed markets. The sustainability aspects and functional benefits support demand growth, but high costs and prices, the current limited production capacity, and legislation are the main factors limiting the growth of insect protein, according to Rabobank.

Nevertheless, the insect industry is on a path to increase scale, backed by investments and partnerships. Efficiency gains due to increasing technology, automation, improvements in genetics and legislative changes will also enable costs to decrease.

“We believe 500,000 metric tons by 2030 will represent a turning point for the insect industry. After reaching half a million metric tons, it will get easier for the industry to expand supply,” said De Jong. From that point on, it will take much less time to double or even quadruple production volume and exceed one million metric tons. The pace of acceleration would depend on R&D, legislation changes, capital inflow to the sector and marketing.

“Lastly, there is great potential to develop specialized ingredients and products, likely even beyond feed and human food ingredients. This is potentially the most profitable part of this new industry. Considerable R&D will be needed to achieve all of this,” Rabobank said. 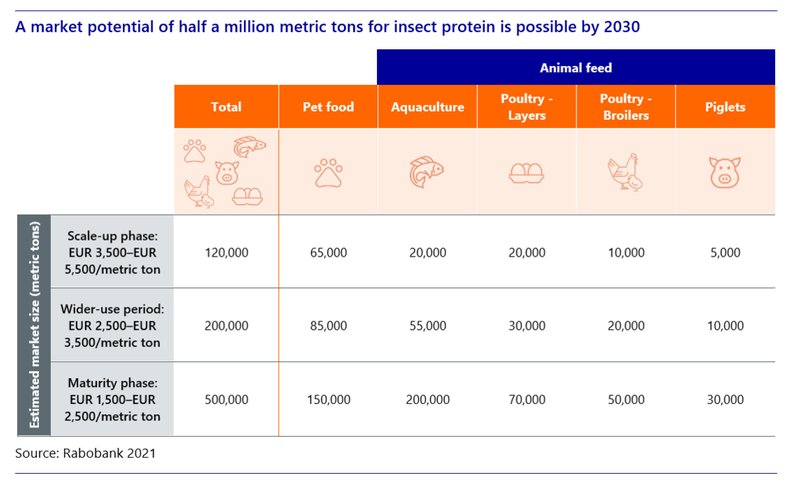 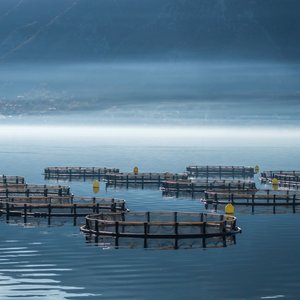 What are the risks and opportunities in salmon farming? 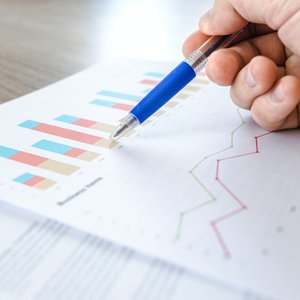