Survey finds that consumers see agriculture and livestock as part of the broader climate change solution.

When it comes to climate change, consumers view agriculture as a part of the solution rather than the problem. Among participants in Cargill's recent global Feed4Thought survey, those who indicated climate change as important to them also rated livestock and agriculture lowest in negative impact compared with other industries generally regarded as significant contributors. More than one-third of respondents expressed confidence in the industry's ability to limit its contributions to climate change.

“Farmers are critical to feeding the world sustainably and responsibly,” said Ruth Kimmelshue, who leads Cargill's animal nutrition & health business. “With a growing population and rising consumer interest in climate change, they are also part of the solution to address some of the toughest environmental challenges. At Cargill, our focus continues to be advocating farmers by supporting and amplifying efforts to reduce their environmental footprint, methane emissions and, in turn, climate impact.”

Cargill's Feed4Thought survey included responses from 2,510 consumers representing the U.S., France, South Korea and Brazil. Among all participants, transportation and deforestation were ranked as the greatest contributors to climate change. According to consumers surveyed, who's most responsible for accelerating change? Fifty-nine percent said that federal and national governments bear the highest responsibility for addressing climate change, while 57% saw companies involved in beef production and 50% saw cattle farmers as responsible for reducing the impact of livestock.

“Sustainability in our food systems starts with the dedication of our farmers,” said Heather Tansey, sustainability lead for Cargill's protein and animal nutrition businesses. “Producers around the world are seeking and implementing solutions to mitigate emissions while providing quality care for their animals.”

While consumer views varied by region, the quarterly survey found that nearly 80% of consumers around the world who indicated climate change as important reported a willingness to make a change in the type of food they purchase. In turn, about half of these consumers said they would be willing to pay a premium for a product that promises a low carbon footprint to curb their impact.

Today, about 14.5% of global human-originated emissions can be attributed to agriculture and approximately 3% of U.S. emissions are attributed to methane emitted as a result of enteric fermentation – a natural part of the digestive process in ruminant animals. Though the contribution is relatively small, consumers believe that reducing methane emissions is still important. Of those surveyed, one-fourth said they would purchase more beef if cattle were fed an additive or used other technology to reduce methane emissions. This indicates a growing consumer interest in innovative solutions to address and curb methane emissions from the agriculture industry.

The Feed4Thought findings also show that, when asked about the most important factors considered at the point of purchase, consumers ranked taste, avoidance of antibiotics/growth hormones/steroids use, and knowing where products come from highest.

Though the people surveyed indicated this willingness, the new survey also suggests a need to further engage consumers on existing efforts in agriculture to address climate impacts and deepen the conversation surrounding methane emissions and other sustainable practices.

“Ultimately, our farmers are being asked to do more with fewer resources,” said Jon Nash, who leads Cargill's animal protein and salt business. “The future of agriculture requires us to collectively enable farmers with the resources and innovation they need to meet sustainability challenges while ensuring strong farming businesses for themselves and their families.” 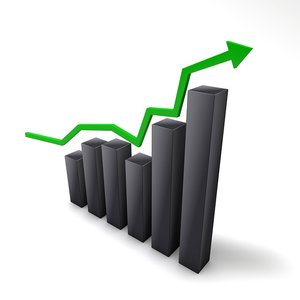