Researchers suggest that feed properties, especially pellet disintegration, have to be considered when testing novel ingredients.

Aquafeeds are key to improve the performance of commercial aquaculture production. For optimal utilization of aquafeeds, pellet quality and nutritional availability must be considered. Feeds comprising partly hydrolyzed nutrients and those with low disintegration stability may be beneficial for faster emptying of the stomach and ensuring high feed intake. Therefore, physicochemical and rheological properties of the feed ingredients and inclusion level are key factors that impact feed properties and utilization in fish.

Norwegian researchers tested different pellet disintegration rates in Atlantic salmon (Salmon salar) and assessed their impact on gastric functions. Two salmon feeds with different disintegration stabilities were produced by impacting extruder viscous heat dissipation with the use of different lipid levels in the feed mix. The feeds were then dried and coated to similar final lipid levels (30-31%) and nutritional composition. Both feeds were produced as 4 and 6-mm pellets. Feeds extruded with 20% lipid (Diet B) had lower disintegration stability compared with those with 8% lipid (Diet A). The feeds were used in two feeding studies using Atlantic salmon (Experiments 1 and 2) and an in vitro gastric study (Experiment 3).

In Experiment 1, salmon post-smolts (370 g starting weight) fed the 4-mm pellets showed the fastest gastrointestinal passage rate when fed feeds with lower disintegration stability. This was due to a faster transport of content from the stomach to the gut at 30 min and 1.5 h after a meal and faster passage through the distal gut 9–24 h after a meal.

The in vitro gastric experiment showed that pellets with lower disintegration stability required a larger supply of stomach acid to maintain a stable pH of 4.5, which also gave a lower content viscosity. The in vitro study also showed an increased release of water-soluble components from these pellets and hydrolysis of larger peptides increased the pool of intermediate-sized peptides for easy transportation, hydrolyzation, and absorption in the proximal intestine. Although lower pellet disintegration stability increases feed intake.

The gastrointestinal passage rate combined with an increased gastrointestinal filling can affect the ability to hydrolyze and absorb nutrients. Thus, there is a fine balance between an increased disintegration rate of the feeds that increases the feed intake and whether this has a positive effect on growth or leads to inefficient utilization of the feeds due to a faster gut transit and lower digestibility.

"The present study demonstrates the importance of considering the impact of physicochemical properties and the inclusion level of the ingredients on feed properties. The lipid levels of the feed mix prior to extrusion affect pellet disintegration stability of the feeds. Differences in disintegration impact how feeds are processed in the stomach and are shown to affect feed intake in Atlantic salmon. It is therefore also of importance to consider nutritional balance in the feed mix prior to extrusion to reduce risk of differences in feed properties when doing nutritional research of different ingredients,” André S. Bogevik, research scientist at Nofima, said. 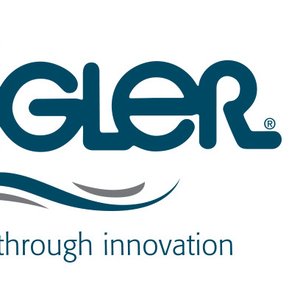